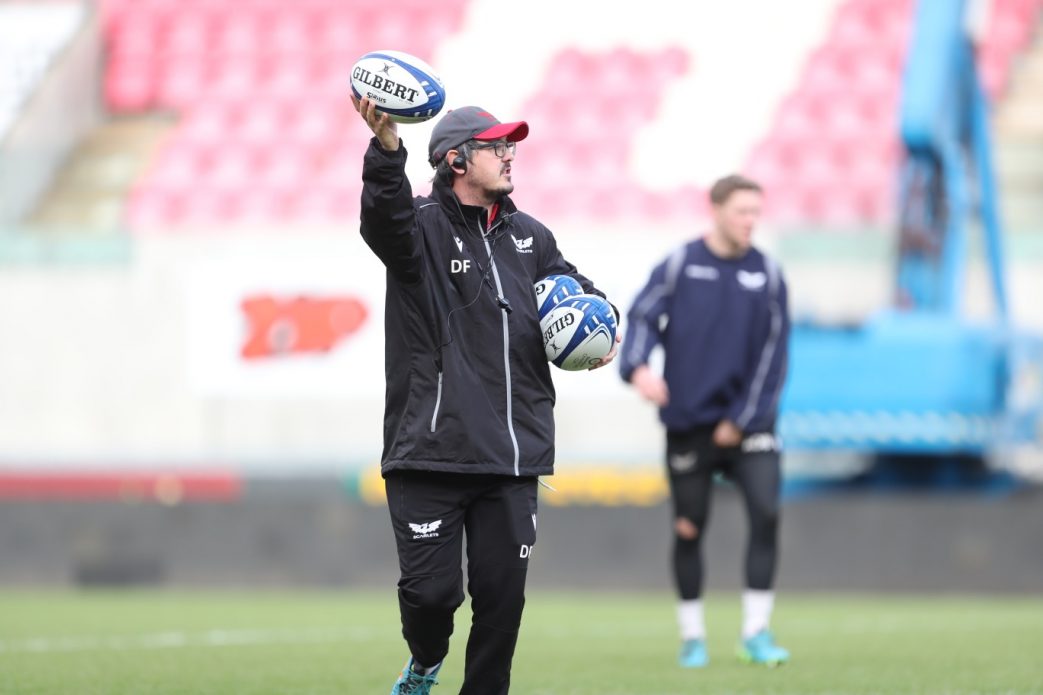 Dai Flanagan insists the Scarlets will not be using their quarantine period as an excuse as they prepare to take on French Top14 leaders Bordeaux-Begles in round two of the Heineken Champions Cup on Sunday.

Having had to forfeit their opening game against Bristol Bears following the completion of 10 days in an isolation hotel in County Antrim, the squad returned to training at Parc y Scarlets on Monday.

“Just being back in here and around familiar surroundings has been great,” said backs coach Flanagan.

“There has been a buzz around the boys as well for the same reason – they love coming into work, and as professional rugby players you realise how lucky you are to do what you do. There is a definite big energy around the place and everyone is excited to be back.

“Everyone is training, everyone is selectable. Everyone is looking well, and we want to give them the best chance to prepare physically after what we’ve been through. Everyone is well at the moment.

“You can always use (quarantine)  as an excuse. During isolation we had some excellent speakers speak to us, guys who have been through a lot of tough times as well, and also some real achievers. The biggest thing everyone pushed was that there is no excuse. Bordeaux won’t care that we have been in isolation, they are coming to play a game of rugby.

“It is important that it is not an excuse, it is an opportunity. We need to really nail our plan this week to make sure we are firing on Sunday, and that’s a challenge, but everyone loves a challenge, especially in rugby.

“We have been connected all the way through. We have all been in the same place, meeting on Zoom. The challenge is making sure we are ready physically. Game plan-wise, we can’t overthink that. We have just got to play free, and that excites players, especially in this part of the world.

“Bordeaux are a fantastic team with quality all over their side. They are on the back of a loss, they have to win to stay in the competition, potentially, so they will be coming here to prove a point, to prove it was a blip (Leicester defeat) and we are excited to match that.”

So how important has been managing the players physically?

“We didn’t have that luxury (in isolation), we had a 40-metre car park on concrete where they could run, and they did run, they put the work in. They had yoga sessions every morning, and they had programmes from our conditioners. We did as much as we could to prepare for this week.

“To achieve things is not easy, it is never a straight line, and the more we can replicate that story of what we are going through now and inspire us for a good performance on Sunday, is really important.”