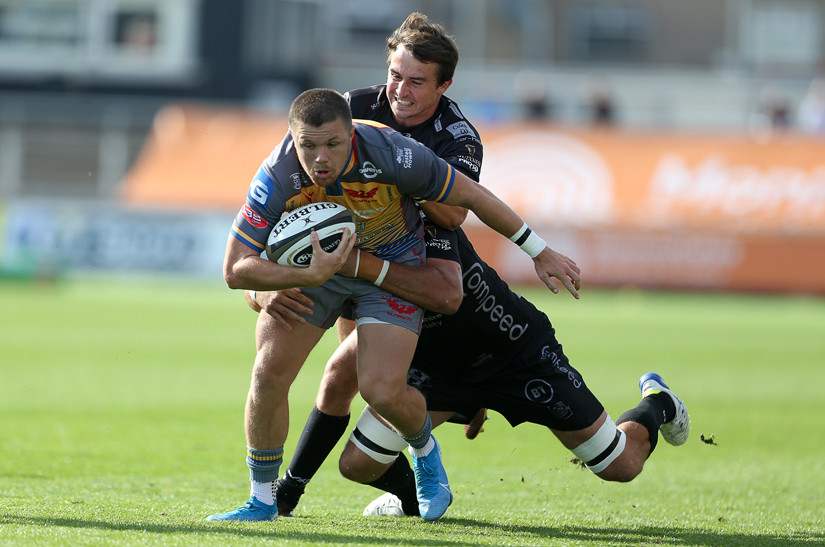 Scarlets head coach Brad Mooar says he is looking forward to a big two weeks ahead as the focus turns to the Guinness PRO14 opener against Connacht.

The Scarlets were beaten 34-17 by the Dragons at Rodney Parade on Saturday in their final pre-season outing before the round one clash against the Irish province.

Second-half tries from Dan Jones, Corey Baldwin and Tomi Lewis were not enough to haul the visitors back into the match after they had trailed 22-0 early in the second half.

Now, all attention turns to Championship matters and the battle between two former champions in Llanelli on September 28.

Reflecting on the Dragons game, Mooar said: “It was a great pre-season hit out in terms of learning about ourselves.

“We found it hard to find any rhythm in the first half, we were turning the ball over so much. We were conceding turnovers in general play, a few from the set piece as well and the Dragons exploited that really well.

“I thought the second half was a lot better from us. We asked for improvement and we showed that. We got on the front foot, we had more energy and heat in our defence. It showed us where we can be when we apply ourselves properly.”

Mooar added: “This game has done us a favour and given us a showing of what the competition is going to be about when we start against Connacht. It is a great two weeks for us to learn off the back of this.

“The last time I looked we are all still equal on the points table. I am really energised and looking forward to putting the work in to review this game. There has already been some good honest conversations, the boys are outstanding in holding each other accountable. Now we can look at what we need to get right to take on Connacht.”