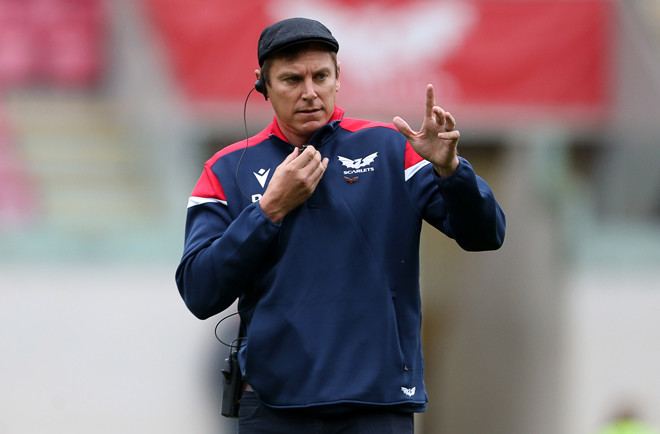 Brad Mooar spoke to the media after Saturday’s 18-10 Guinness PRO14 win over Connacht. Here’s what our head coach had to say.

Brad, a win to start the campaign, you must be delighted?

“I am chuffed, the boys have worked really hard right through pre-season, we had a really strong focus on how we would start the season and what sort of performance we wanted to put out and the boys did themselves proud.

“They played tough, they played smart and stayed really disciplined to a game-plan that we had talked about for when those conditions came in.

“We felt that if we could get a couple of scores ahead with a bit of scoreboard pressure it was going to be a hard night to chase the game down and so it proved.

“Connacht played a tough and physical game, we respect the effort they put into the game and we look forward to seeing them later in the season.”

How good is it to finally get the competition up and running?

“I didn’t see the league table changing much through the pre-season games! Everyone takes what they need out of those games and targets what they require.

“For us it was a big opportunity to get to know ourselves. There are a lot of new relationships, four new coaches working really hard and a lot of getting to know the players. It was a critical time for us to put in place what we needed to do. Then it was a case of letting the boys play and they have done a great job.

“It is pleasing to get the competition under way.”

You have 15 players at the RWC, you must have been pleased with how your young players stood up?

“We are really proud of the boys in Japan and are enjoying watching them play.

“We back our youth, you are in the squad because you are good enough, we back everybody to take their opportunity. Take Josh Macleod (man of the match), he has been around a while but is still a young man, then you had the likes Ryan Conbeer, who I thought was exceptional the time he was on the field, Corey Baldwin coming off the bench, Kieran Hardy and Dan Jones who executed our game-plan and we had Dane Blacker and Gus O’Brien, who didn’t get on but who have put in a big two weeks to get us ready to go.

“There were 23 guys picked to play Connacht, but there were another 20-odd who didn’t take part who have worked hard to set us up for victory. The A team also had a wonderful victory in Carmarthen. There has been some good footie played this weekend.

“I would also like to make special mention to Rob (Evans), Samson (Lee) and Steff (Evans) who have been fantastic to work with and have really bounced back from their disappointment of missing the World Cup and put their shoulder to the wheel for us.”

How impressed were you with the Scarlets defensive display?

“We made Connacht work very hard for their points, the boys were really energised in defence, that is what we are about as a group and that is a win in itself.

“Everyone played their part and we were superbly led by Steff Hughes, who was outstanding, he put a couple of big hits in, is a wonderful stabling influence and a great man to work with.”

How is the squad looking for Glasgow?

“There will be some bumps and bruises, it was a physical game, but we are looking forward to recovering and getting stuck into the week ahead.

We are looking forward to testing ourselves against Glasgow and are expecting a response from them (after their loss against the Cheetahs).”