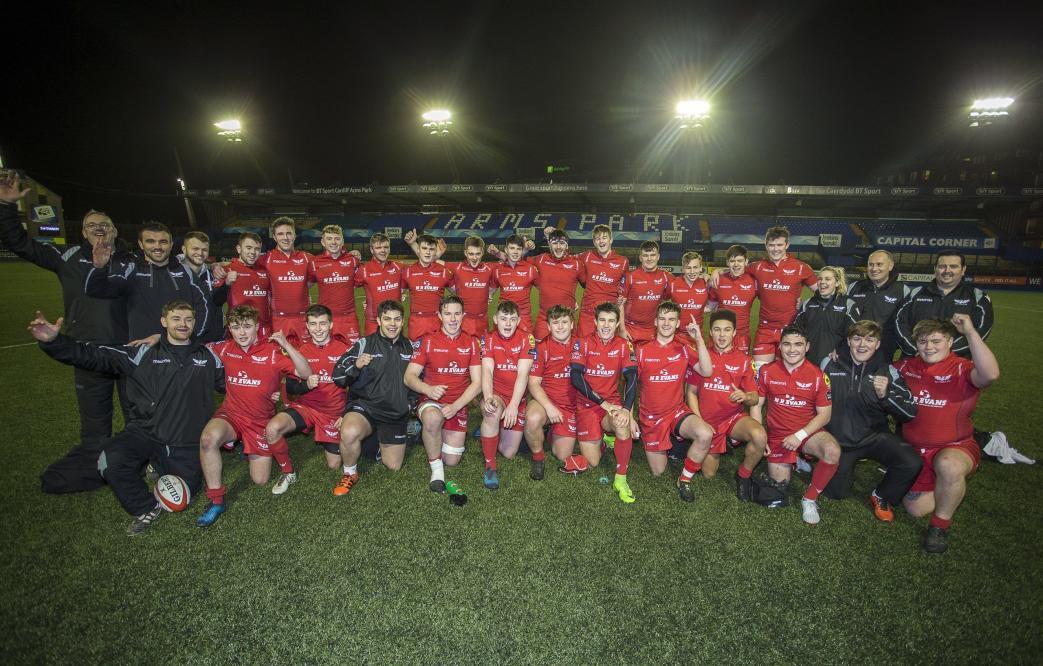 Scarlets under 18s not only secured a seven-try victory over Blues South last night, Tuesday 23rd January, but also secured a championship win with two games in hand.

The young Scarlets romped their way to their eighth bonus point victory, in eight games, and by doing so secured a WRU Age Grade championship title win.

Winger Alex Varney opened the scoring after ten minutes before going on to secure a hat-trick. Tries were also scored by Gethin Davies, Dafydd Land, Dean James and Owen Jones.

Scarlets Under 18s will take on Ospreys next week before welcoming Cardiff North to Parc y Scarlets on Tuesday 6th February for a championship winning celebration.

Make sure you’re #inthepack at the Parc when the young Scarlets bring the championship to a close on 6th February.

The game will be played in the stadium itself, entry is £3 for adults with entry free for under 16s.