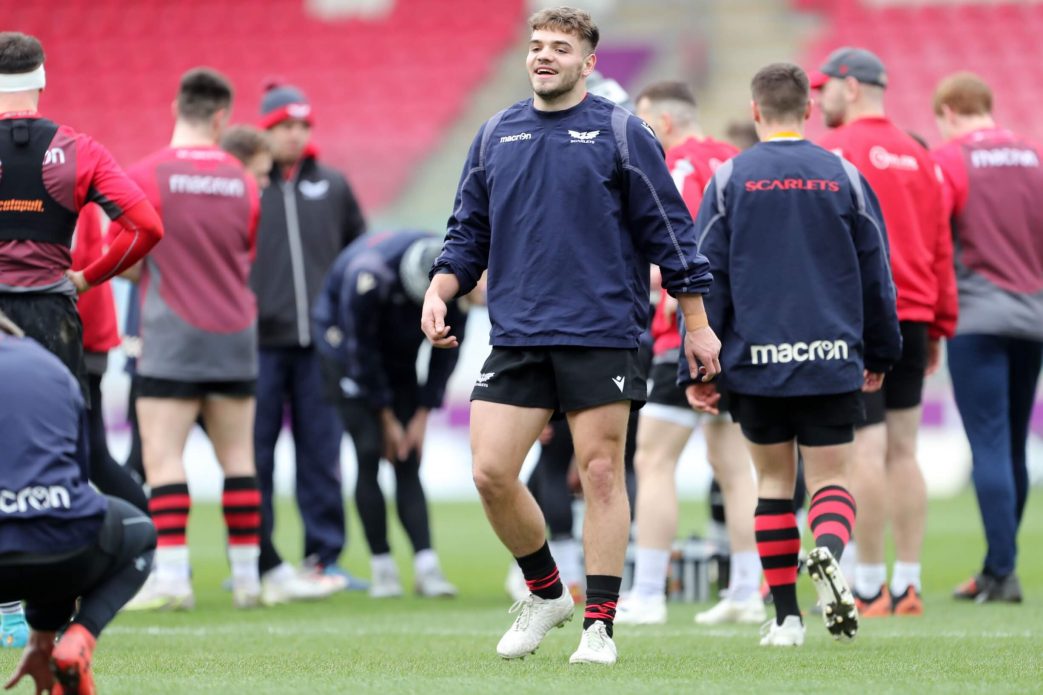 As the URC season enters the finishing stretch, Corey Baldwin is looking to make up for lost time since his return to West Wales.

Back home following a short spell at Exeter Chiefs, the 23-year-old had been hoping to hit the ground running, but a toe injury picked up in the pre-season win over Nottingham – sustained while scoring a comeback try – frustrated those ambitions.

A quad muscle tear followed and it meant that Baldwin had to wait until the South African tour to make his debut in the URC this season.

“I had someone land on the back of my foot and I ended up rupturing the plate under my big toe, then my left quad ended up tearing because I wasn’t running properly,  it was a double whammy,” explained Baldwin, who is named as one of six changes to the side for Saturday’s Round 14 match against Zebre in Parma.

“It has felt like a long time, but it is good to be back on the pitch and being involved again.

“I played my first 80 minutes against the Sharks in 25 degrees heat, so that was like going into the lion’s den as it were, but I enjoyed it, it was good to be back out there and playing.”

Reflecting on the South African trip, Baldwin added: “It was definitely a great experience fo us. In the first game we played against a side with nine Springboks, you take so much from that. From a group perspective those two weeks also brought everyone together, a lot of camaraderie, boys mixing socially as well. That was great for us and brought us together more as a team.

“We have taken a lot of learnings from the tour. We know in parts we competed well and we also know there are areas we can improve. We spoke about how they were physical in certain aspects and how they moved the ball and did things well. It is something we can adapt and add to our game. It’s all about developing and growing, we have the right mindset in terms of moving towards that.”

“Being out for so long, it is just about keeping my head down and trying to play as many minutes as I can,” he adds.

“I am just happy to be on the pitch, whether centre or wing, anywhere where I can get my hands on the ball I enjoy it.”