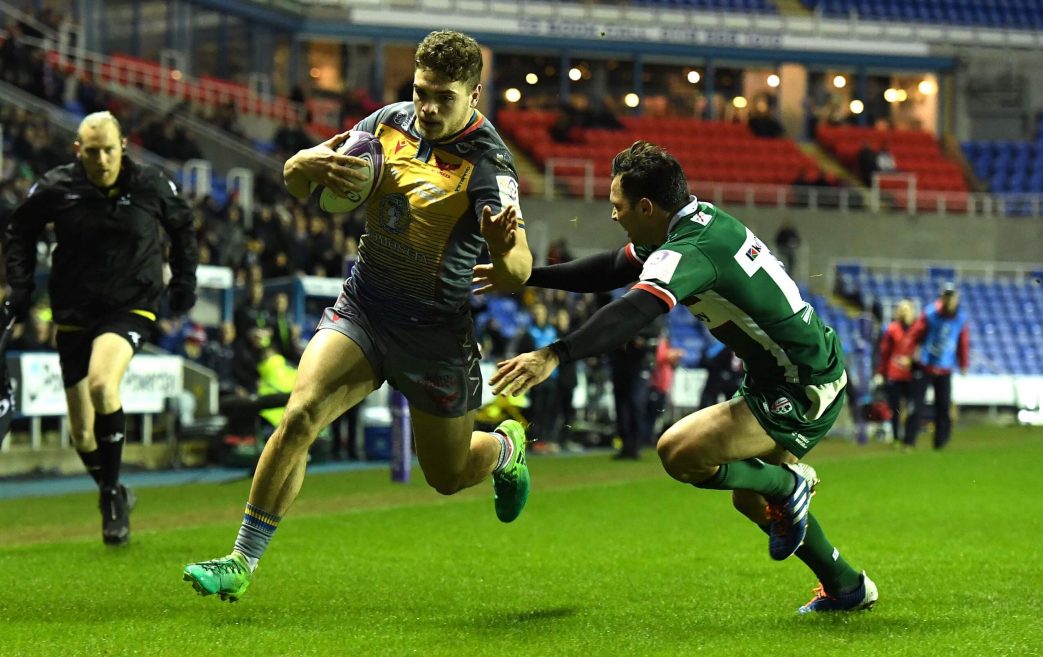 Talented back Corey Baldwin has rejoined the Scarlets from Exeter Chiefs ahead of the 2021-22 season.

The 22-year-old came through the Scarlets pathway and made 24 appearances for the senior side, producing try-scoring performances in both European Challenge Cup ties against London Irish during the 2019-20 season.

A Wales U20s cap, he is comfortable in the centre or on the wing and joins an exciting pool of three-quarters at Parc y Scarlets.

“It is great to have Corey back here at the Scarlets,” said head coach Dwayne Peel. “Scarlets supporters have already seen his talent on the senior stage. He can slot in at centre or on the wing, is a dynamic and skilful runner with an eye for the try-line and will give us another quality option behind the scrum.

“We are proud of the amount of young players who have come through our system and have gone on to play international age-grade rugby and Corey is one of those.

“It has been brilliant to see him out there training with the boys at Parc y Scarlets this week.”

After joining the Chiefs in the summer of 2020, Baldwin was part of the squad that went on to win the European and Premiership titles during his time in the West Country.

“I’ve missed being in and around my home club and being part of the Scarlets family and I’m excited to be back,” he said.

“It’s been fantastic to be out there again training with boys this week.

“It’s an exciting time for the club, there is a great buzz about the place and it is clear Scarlets have ambitions to be competing with the top sides in the new United Rugby Championship and in Europe.

“There is a huge amount of talent in the squad and I am looking forward to competing for the jersey.

“I’d like to thank Exeter for allowing me to return to my home club and wish them well for the season ahead.”