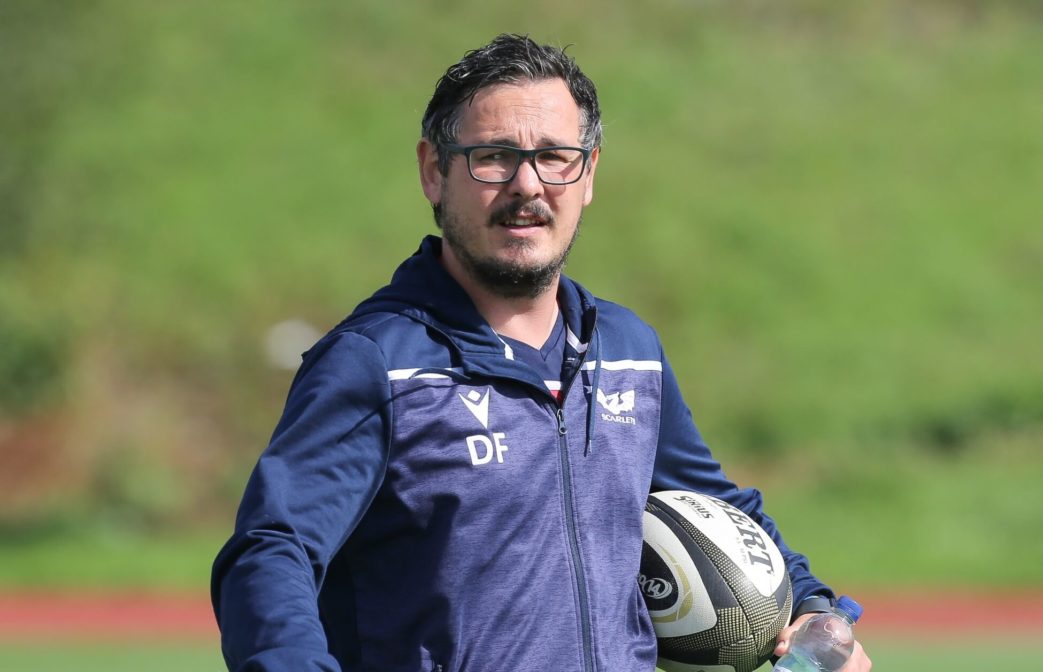 Scarlets can confirm that backs coach Dai Flanagan is to join the Dragons as the club’s new head coach.

Flanagan joins the Men of Gwent ahead of the 2022-2023 season having been part of the coaching set-up at the Scarlets since 2014.

Dai Flanagan said: “I’ve been involved with Scarlets for eight years in a number of roles, including heading up the coaching when the opportunity arose, so I leave with memories of an unbelievable rugby journey with them.

“I’d like to thank Dwayne and the Scarlets for allowing me to take up this opportunity and also all the staff and players, I can’t thank them enough. From the likes of Rhys Priestland and Regan King when I first joined, to Scott Williams and Steff Hughes, who are so knowledgeable about the game. I’ve had great support and wish them all well.

“I’m excited to be joining Dragons and look forward to putting my mark on the team and how we play. I’m keen to build on the foundations put in place and enhance performances.

“I started my career at Newport High School, working with the likes of Leon Brown and Joe Davies, so it’s a great prospect to be coming back to work with those boys again and help make them better.”

Scarlets General Manager of Rugby Jon Daniels said: “Dai has been a valued member of our coaching pathway and then senior team since he joined the Scarlets eight years ago.

“Since we became aware that Dai was being considered for the role of head coach at the Dragons and that he was keen to embrace this opportunity, both the Scarlets and the Dragons have been able to work together to allow a talented young Welsh coach the chance to take up this position.

“We’d like to thank Dai for his commitment to the Scarlets and wish him well for the next chapter in his career.”

David Buttress, Chairman at Dragons Rugby, welcomed the appointment, saying: “We’re delighted that Dai joins us ahead of next season and that a Gwent man, and undoubtedly one of the most exciting young coaching talents in Wales, will now work with the talented squad and coaching team we have assembled,” he said.

“Our thanks go to our friends at Scarlets for their understanding with this matter and agreeing for Dai to make the move at this stage in his career.”

Scarlets will confirm their coaching team for the 2022-23 season in the coming weeks.