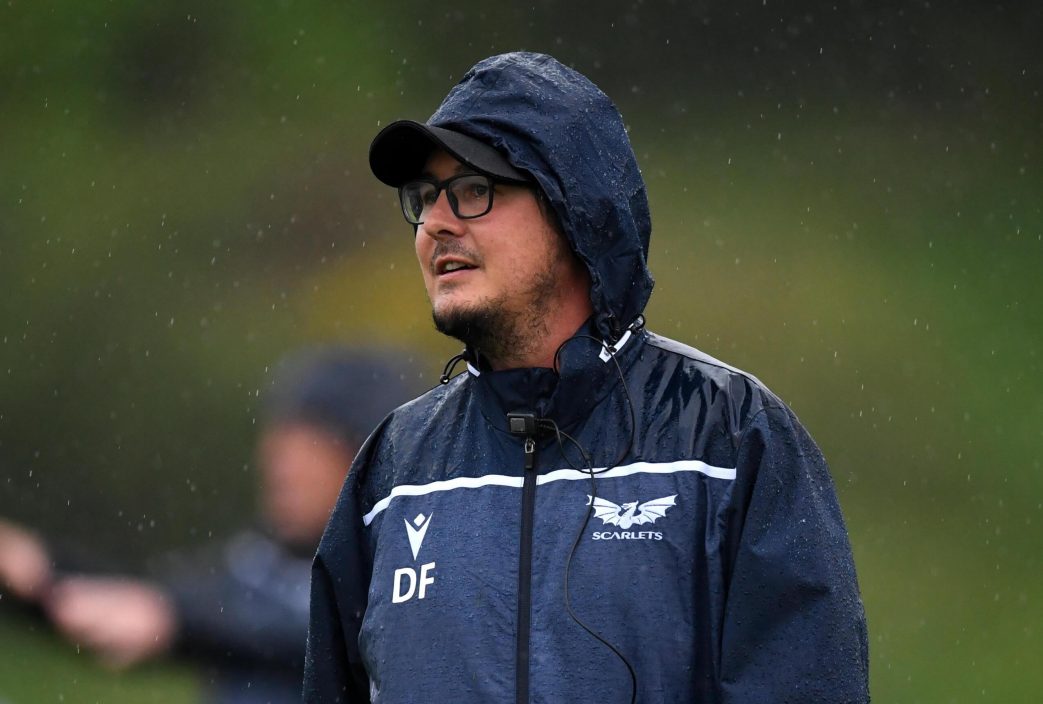 As the Scarlets bid to bounce back from last weekend’s gut-wrenching late defeat to Munster, backs coach Dai Flanagan looks forward to a mouthwatering round two clash with Glasgow Warriors at Scotstoun.

What has been the reaction to Saturday’s loss?

DF: “We’ve hurt, I’m not going to lie, it has hurt a lot. There was a lot of good in the Munster game, we controlled lots of elements, but those last few moments of the match we have to improve on and the boys have reacted well this week. They have come in to get better, that is the group we have here, we strive to get better every day and they have asked lots of questions of each other and also found lots of solutions.”

What about the challenge of Glasgow on Sunday?

DF: “We believe we can beat anyone on the day. If you look at the quality we have in our side this weekend, there should never be an excuse that we can’t win. It went down to the wire last season at Scotstoun, we had a turnover on our own line in the last play and that set us off well for the season. A win will put us in good stead for when the internationals go away. Every week we are going to give the best account of ourselves and it will be no different this weekend. We will prepare well for what Glasgow will bring and there will be certain players on the field who have had good news this week and will be excited to put the Scarlets jersey on again before they head off to the Wales camp.”

Is it a concern that you haven’t scored any tries in the last two games?

DF: “Not really, we scored a lot of tries in the first two games (against Cardiff Blues and Dragons); Toulon was a tough encounter physically, we had opportunities and have reflected on that. Against Munster, they gave us the opportunity to kick points and any team with Leigh Halfpenny in the side doesn’t turn those down. We have played two top European sides in Toulon and Munster and have been just a little bit away from winning both games, those will count late in the season, that is the exciting thing for us.”

Can you give us an insight into what Keiran Hardy and Josh Macleod have done to earn their Wales calls?

DF: “Kieran’s journey has been unbelievable. When I started here he was training with the Academy, wasn’t contracted, wasn’t getting paid. He earned the right to get a contract, wasn’t selected, but he got his head down in the correct way, went to Jersey, worked hard there and he has come back and pushed Gar (Davies) hard. It is fully deserved. He has been an outstanding player for us for the last 18 months and I am excited to see him getting the opportunity at the next level to see what he can do.

“As for Josh, he has always been an outstanding rugby player no one can question that, but where he has developed is his maturity, you can see that in how is the managing refs, not giving away half as many penalties, he is in control of his decisions, his skill sets have improved, he is a seven who can play on the edge, he has earned the right to be there.”