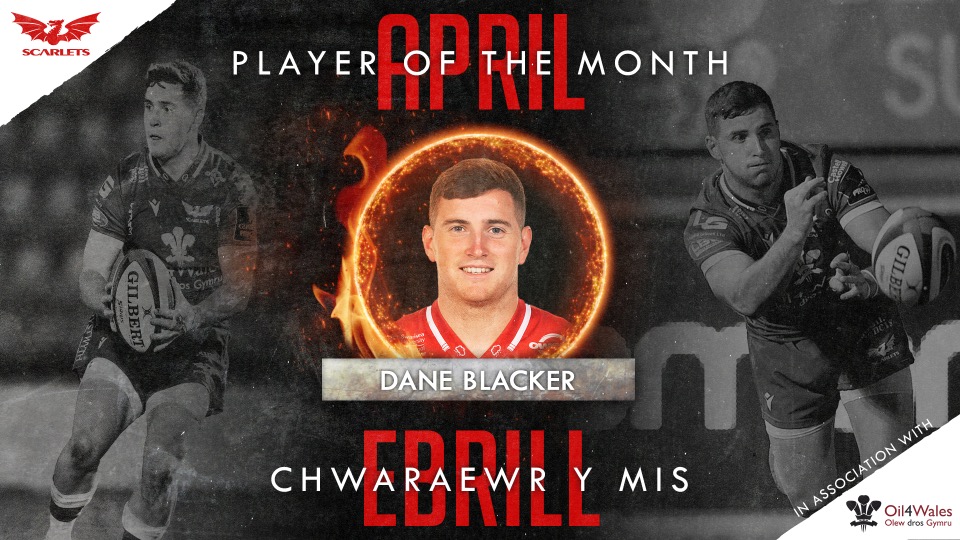 Scrum-half Dane Blacker has been voted your Oil 4 Wales Supporters Player of the Month for April.

It was a disappointing few weeks for the Scarlets with a heavy Heineken Champions Cup defeat to Sale Sharks followed by a loss in the opening round of the Rainbow Cup to the Dragons at Rodney Parade.

But Blacker stood out, particularly in Newport, where he scored an outstanding solo try – his seventh of the campaign – and looked lively throughout.

The No. 9 polled more than 70% of the online votes to take the award comfortably from hooker Ryan Elias and second row Jake Ball.

He follows Sione Kalamfonie (January), Jac Morgan (February) and Steff Hughes (March) as the monthly winners so far in 2021.