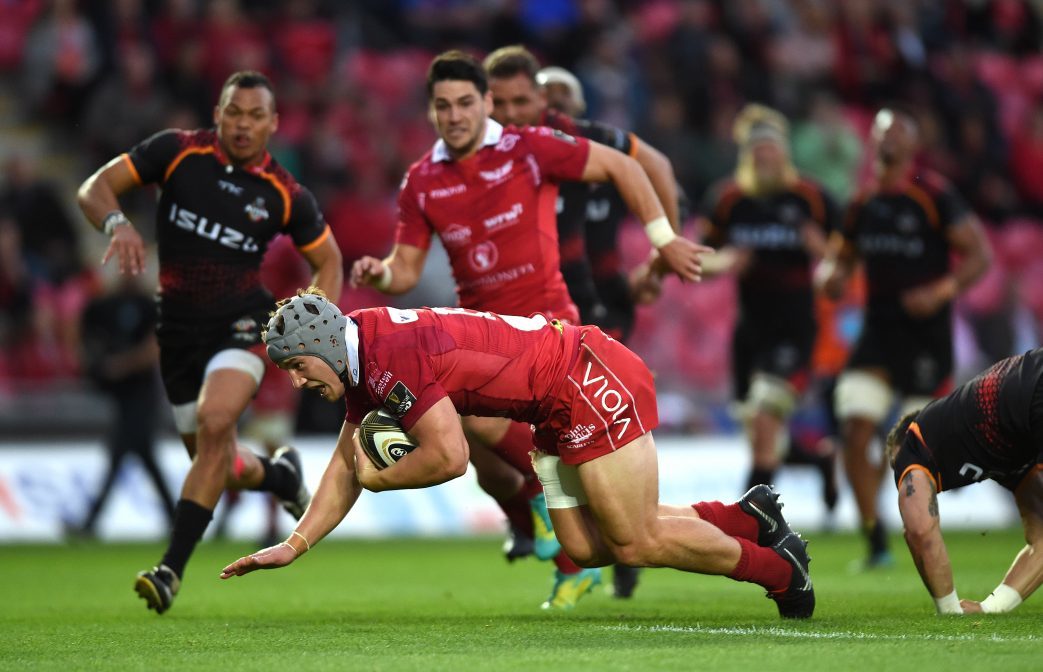 Wayne Pivac will be looking to make a solid start in this season’s campaign as he and his side will be keen to replicate, and build on, last season’s success.

The region qualified out of the pool stages last season, making the semi finals stage for the first time in over a decade.

Pivac has been able to call on experienced centre Jonathan Davies for the opening round clash as he makes a return, sitting out last weekend’s derby clash against Ospreys at Parc y Scarlets.

With Tom Prydie and Rhys Patchell unavailable through injury Angus O’Brien comes in at outside half with Steff Evans making a return to the wing.

The pack remains unchanged from the side that took on, and secured victory, over Ospreys last weekend.

Rob Evans takes a place on the replacements bench as he makes a return form shoulder injury suffered against Leinster in the second round of the PRO14.

Looking ahead to the opening round of the Heineken Champions Cup campaign head coach Wayne Pivac said; “We’re very much looking forward to return of the European campaign. We’ve got fond memories of last year.

“Having said that we’d just like to get a better start. This weekend presents a different sort of challenge, a French team coming here with a lot of big men. They went all the way through to the final last year. They’re going to be a class act and a challenge that we look forward to.

“They’ve got a lot of talent, a lot of game breakers. We need to make sure that we don’t make too many errors, that we bring that crowd into it by starting well and making sure we give them something to cheer about.

“We’ve had some big performances here at the Parc but we’ve generally started pretty well.”