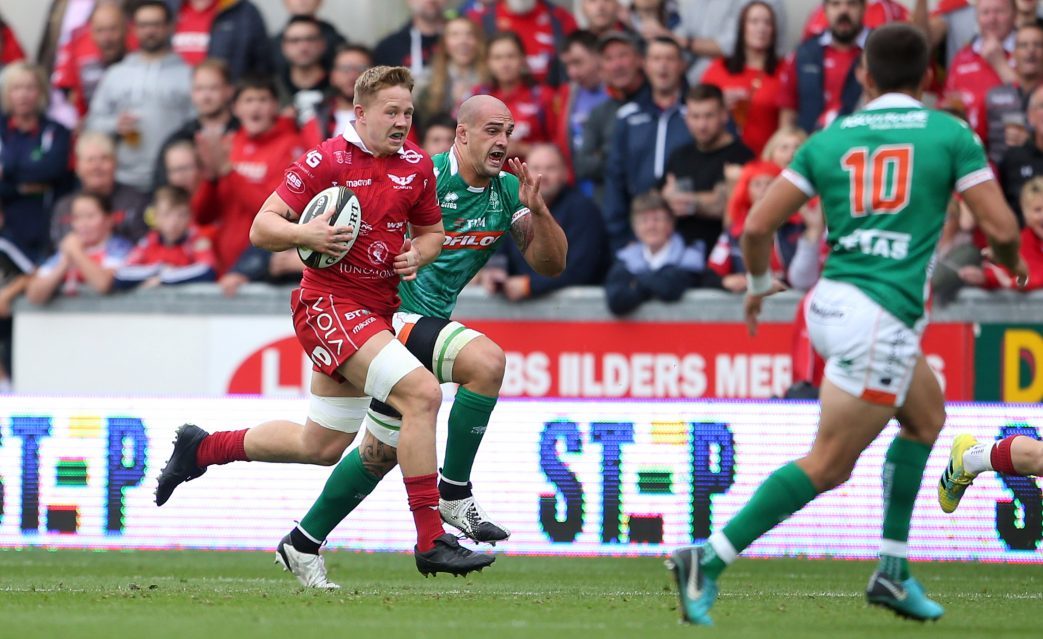 Head Coach Wayne Pivac has given the latest on the region’s injuries ahead of this weekend’s Guinness PRO14 clash against Southern Kings at Parc y Scarlets.

Speaking earlier this week he said; “James has ruptured his PCL, so I don’t think we’ll see him this side of Christmas. I guess with Will Boyde and Josh Macleod we’ve got three in the same position. They’d all been coming along nicely. To lose all three it has made it a little bit difficult.

“It’s a massive blow to lose James, especially with another two 7s out, it puts a real strain on the team. He’s a quality player, everyone knows that. He’s a big part of how we play the game.

“He’s become a leader in the group. He was stepping up nicely in that classroom role and as a senior player in the group. He’ll be sorely missed but it’s just one of those things. We can’t do anything about injury.”

Pivac is hopeful that both Boyde and Macleod will be available for selection for the first derby game of the season, against Ospreys, next weekend.

Centre Jonathan Davies pulled out during the warm up ahead of the clash against Leinster but Pivac is hopeful that he’s ready to make a full recovery, he went on to say; Jon’s looking really good, he’ll take part fully in training this week and we’d hope to have him involved on the weekend.

“Leigh (Halfpenny) had a bit of a knock to an ankle, hopefully by the later part of the week he’ll be running around with us. I’d be very surprised if he’s not available for the Ospreys.

“Clayton (Blommetjies) will be involved in some shape or form this week. Steff (Evans) has been doing the work in terms of fitness and sharpness after coming back from quite a serious knee injury. There’s a good chance he’ll be involved on the weekend aswell. Rob (Evans) is probably on track for the Ospreys week aswell.”