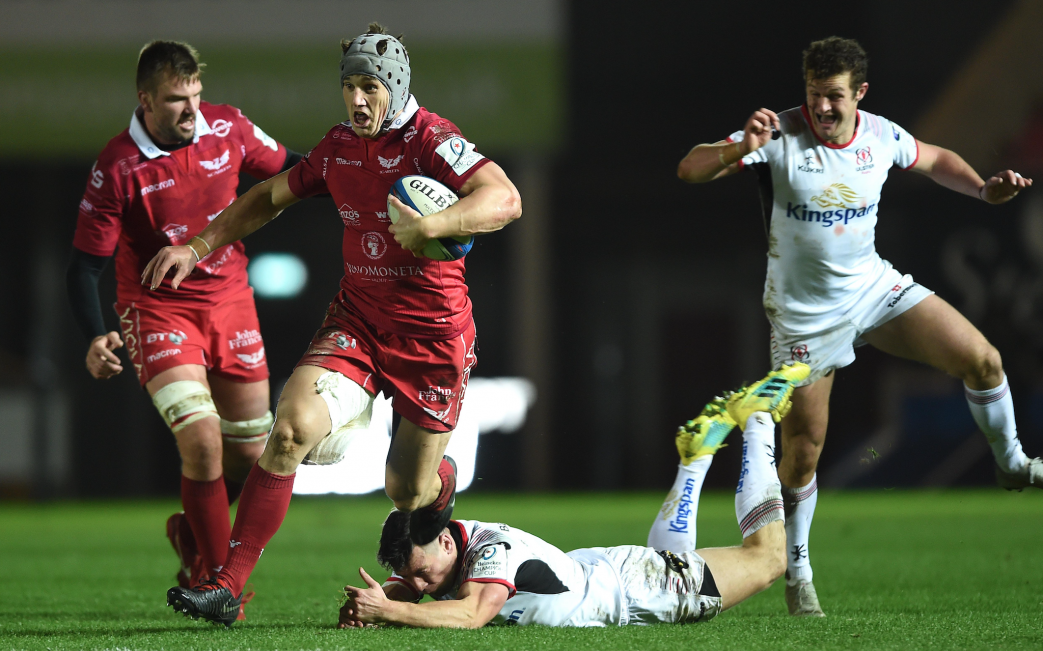 Centre Jonathan Davies will make his 150thappearance for the region on Friday night as he starts in the midfield against Ulster Rugby in the Heineken Champions Cup fourth round clash.

The 30-year-old’s historic milestone comes twelve years after he made his debut for the Scarlets, coming on as a replacement against Northampton Saints in a pre-season friendly. He has scored 45 tries in his eleven seasons in West Wales.

Davies welcomes fellow Wales international Hadleigh Parkes in to the midfield with last week’s centre partner Kieron Fonotia sitting out the fourth round clash due to a lower leg muscle injury.

The remainder of the backline remains unchanged from the starting XV that took to the field against Ulster at Parc y Scarlets last weekend.

In the pack international loosehead prop Wyn Jones takes his place in the front row alongside fellow international Ken Owens and Samson Lee with Rob Evans sidelined with an ankle injury, suffered in last weekend’s defeat.

Jake Ball recovers from his concussion suffered in the Guinness PRO14 clash away at Glasgow a fortnight ago with David Bulbring retaining his starting place.

Lewis Rawlins has also recovered from last week’s concussion and lines up in the backrow alongside Will Boyde and Uzair Cassiem as Scarlets suffer with injuries to loose forwards. James Davies injured a toe in last Friday’s clash whilst Ed Kennedy, Aaron Shingler and Josh Macleod remain on the injured list.

25-year-old Price, who joined the Scarlets in 2015 will make his 50thregional appearance from the replacements bench.

A defeat to Ulster last weekend means that Scarlets’ European campaign is all but over for this season but head coach Wayne Pivac believes a performance on Friday is vital for the momentum heading in to the festive derbies.

He said; “We take our work very seriously, we want to make sure that we’re dotting the i’s and crossing the t’s. One fact remains, the injury list is the injury list, it is what it is. We have been depowered. We are not the side of last year through injury and unavailability and some very talented experienced players have moved on.

“We knew that from the get-go. We are looking at every single thing that we can do to get a better performance each week. We haven’t played as well as we could have at times in games and we’ve been patchy.

“We will do our very best to refocus our energy and we have a fantastic competition to try and win in the Guinness PRO14. This week becomes an important game in terms of a performance to get us on the right track leading in to three derbies and that’s how we’re approaching it.”