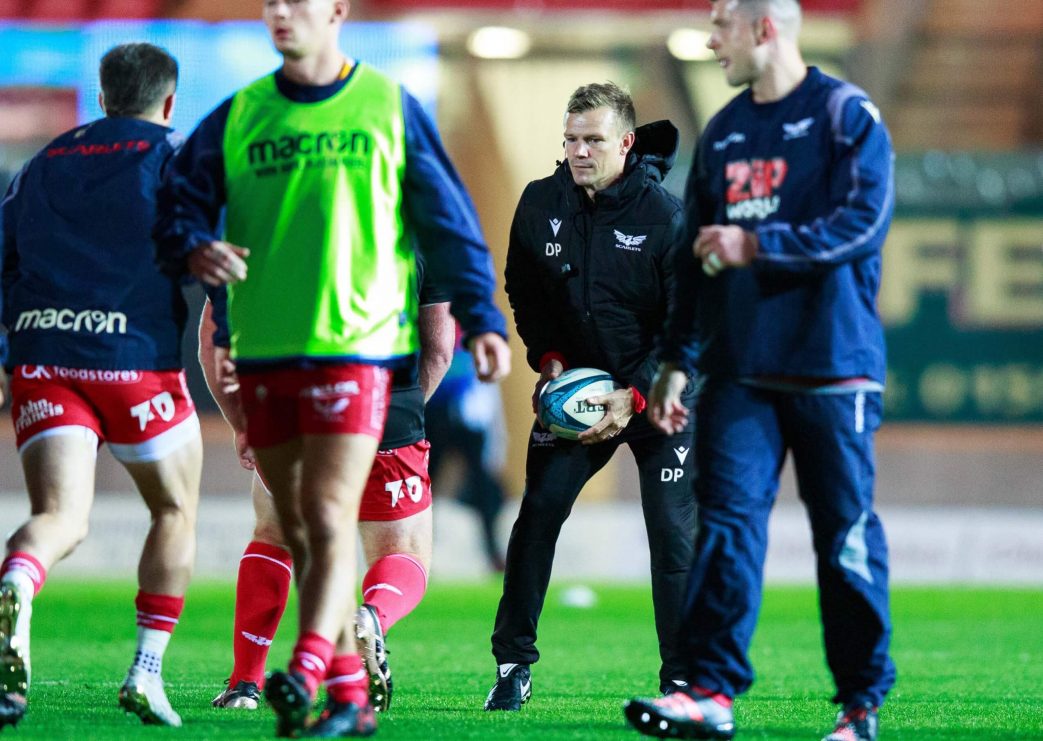 Dwayne Peel admitted his side’s steely defence provided the foundation for an impressive bonus-point victory over the Emirates Lions at Parc y Scarlets on Friday night.

The home side had to defend resolutely for long periods against a powerful South African side, allowing them to break clear late on to claim a maximum haul.

The head coach said: “I am delighted with the win. Firstly, credit to our defence, it was a big defensive effort, we were under a lot of pressure for a lot of the game in our 22 and we witheld a lot of pressure. That is credit to the work the guys have put in. We scored some nice tries and probably left a few out there if I am perfectly honest. We turned the ball over a few times in their 22, but overall I am pleased with the result and it was great to see Steff showing that gas in the 80th minute for the last try.”

Asked about the occasion, his first URC match in charge on home soil, Peel added:  “It was great, a good crowd, the boys loved that. It was a good occasion, a good night. I am thankful for the support and pleased for the boys that they could get the win on the night.

The Lions were very physical, big men, they will grow into the league and obviously going to South Africa will be a very different ball game.”

Peel said the performance was a big step up from the round one defeat in Edinburgh.

He added: “We stayed in the game for the whole period, we competed for 80 minutes – after 20 minutes last week we didn’t do that. There is lots to work on, our penalty count was big, too many penalties and with Munster coming next week and then Leinster away the week after we need to be better in that area. But what I have seen from the boys is that they have been very honest in review, they will continue to work hard so we can get better week in week out.”

The Scarlets are set to welcome back some of their British & Irish Lions contingent for next Sunday’s round three clash with Munster in Llanelli.

“I’d imagine a few of our Lions boys will be in contention,” said Peel.  “We are hoping to get them back into the swing of things. They haven’t had much time with us and in fairness to them, it is important we give them the right preparation to make sure they can compete themselves.”