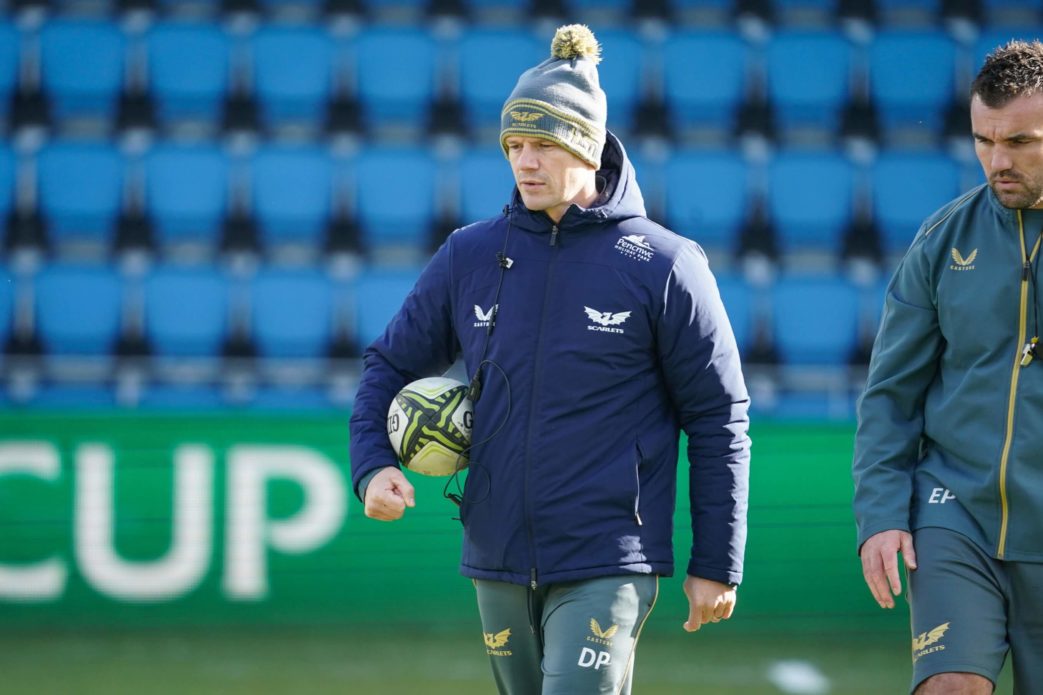 After securing a home last 16 tie against Brive in the EPCR Challenge Cup, Scarlets return to BKT URC action on Friday night with a first ever visit of the Vodacom Bulls to Parc y Scarlets.

Head coach Dwayne Peel sat down to chat to the media this week about the challenge the South Africans will pose.

Dwayne, first of all, what are your reflections on last week’s win, job done?

DP: “I am delighted to be honest. At the start of the Challenge Cup we spoke about wanting to finish at the top of the pool and we have done that. Also, any win in France is a good victory. Defensively again I thought we were very good, we probably left a few tries out there, but to get the home draw is very important and it is something to look forward to over the next couple of months. We now have a big game against Brive and some big sides like Sale, Racing, Clermont dropping down as well as the teams who are in there already. The quality is going to be high in the knockout stages. It is not the main competition, but the sense of occasion is just as much because it is a play-off game on home turf for us.”

DP: “Jon Davies has had a scan on his calf, he is walking better than I thought he would be, but he is not going to be right for this week, at best Edinburgh next month. Sam (Costelow) is ok, he had a stinger on his shoulder. Johnny Williams is still on the sidelines, he has been running, albeit indoors, but I can’t give you a comeback date for him, he is not running on the grass in boots yet. I’m hoping he will have played by the end of the Six Nations, but I am guesstimating there in all honesty. Scott Williams is gone for the season, he had a nasty hamstring injury against the Dragons so has had surgery on that. Ryan Conbeer is back this week after having an illness. Josh Macleod is going to be a good couple of weeks more and Blade Thomson is going to be longer term. Tom Rogers isn’t going to be right for four or five weeks again.”

With three international centres out, what are your options?

DP: “We have Eddie James coming through, who has been playing well for Llanelli. He is a big man and is going to be a good one, he is a player of definite quality. He reminds me a lot of Stuart McCloskey when I was at Ulster. It is about finding the right time to bring him in, I am hoping to get him involved over the next few games. Joe Roberts and Eddie are young, local boys coming through, and Ioan Nicholas as well, who people sometimes forget about. It is a chance for these boys with Jon, Scotty and Johnny out at the moment.”

Are Bulls one of the big contenders for the URC this season?

DP: “They bring a lot of physicality, especially up front, with players like Elrigh Louw, Nortje at lock, Brink in the back row. They have a set-piece that can go after you and wheels on the edge as well. They pumped us in Loftus last year when we weren’t at the races against them. They are a top-four side so it is a good challenge for us this week.”