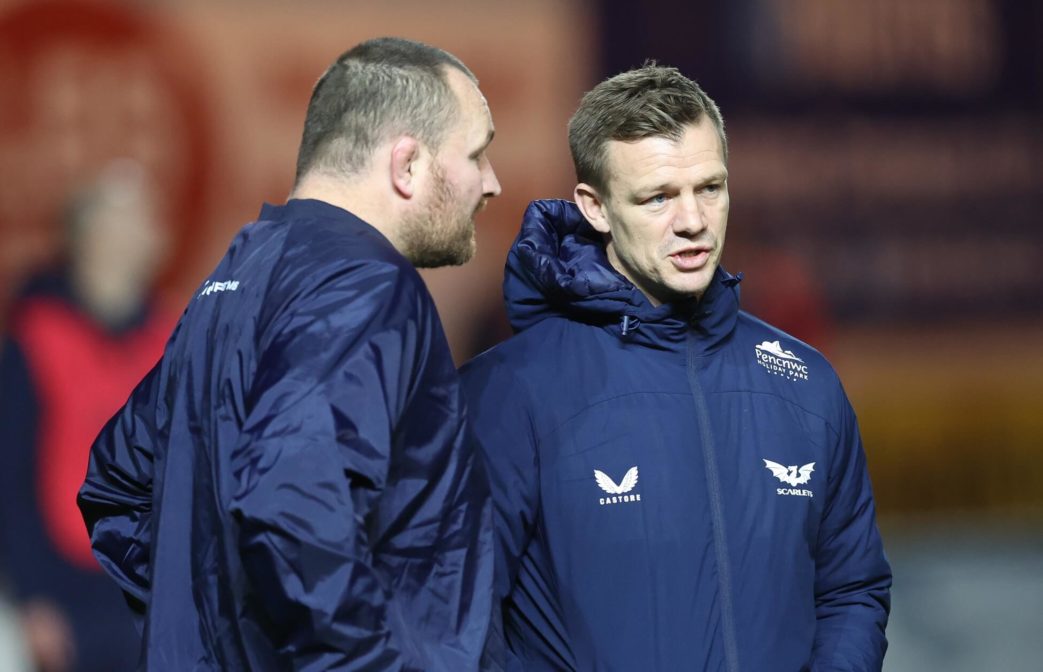 Scarlets head coach Dwayne Peel chatted to the media to preview Saturday’s EPCR Challenge Cup trip to Bayonne and the appointment of Ken Owens as the new Wales captain.

Here’s what he had to say

Dwayne, how important is it that you’ve secured a home draw in the last 16?

DP: “Obviously, if you look at the sides at the top of the two pools and with the Champions Cup teams dropping down as well, the quality of the competition in the knockout stages is going to be very high. Securing home qualification is very important. That was obviously one of the main targets after the first two rounds. We want to win again this weekend and ensure top spot, but we realise it is going to be a difficult ask against a Bayonne side at home who have been going well in the Top 14.”

Were you frustrated with the performance last week against the Cheetahs?

DP: “I was frustrated during the game because I felt we were a bit flat. On reflection there was a lot of effort in there and when you look at us playing four games in something like 19 days with six-day turnarounds, I thought, ‘you know what, that was a good win in those circumstances’. In fairness, the Cheetahs were full of energy, they came at us, they were physical, had line-speed, it was wet so we weren’t able to move the ball in those conditions. I was pleased with the character we showed, we could easily have not won, but we found a way to win.”

It is going to be a big job to make the URC play-offs so is this season now all about the Challenge Cup?

DP: “We are still going to be competing as hard as we can in the URC to try and get as high in the table as we can, but getting into knockout stages come April is great for the club, it gives you something to look forward to as a player. Especially for the international boys as well, they will have an emotional spike in the next few weeks so to have something tangible to go after is important when they come back, it gives you that bit of energy. For us here, we have four more games against the Bulls, Edinburgh, Munster and Sharks before we get into those games so there is a lot of good rugby ahead.”

What are your thoughts on Ken Owens being named Wales captain for the Six Nations?

DP: “I am delighted for him. I use the word legend and he would definitely be right up there in terms of people who have represented the Scarlets. What he has done for this region and for Wales he fully deserves it. It is interesting, I didn’t know he had never been captain of Wales before. I know how much of a leader he is here, obviously, Foxy is captain here, but he has been captain here for many years before that and leads from the front. I can’t speak highly enough of him. The journey he has been on as well with his injury and the amount of work he has done to get back fit, to be awarded the captaincy is great for him.”