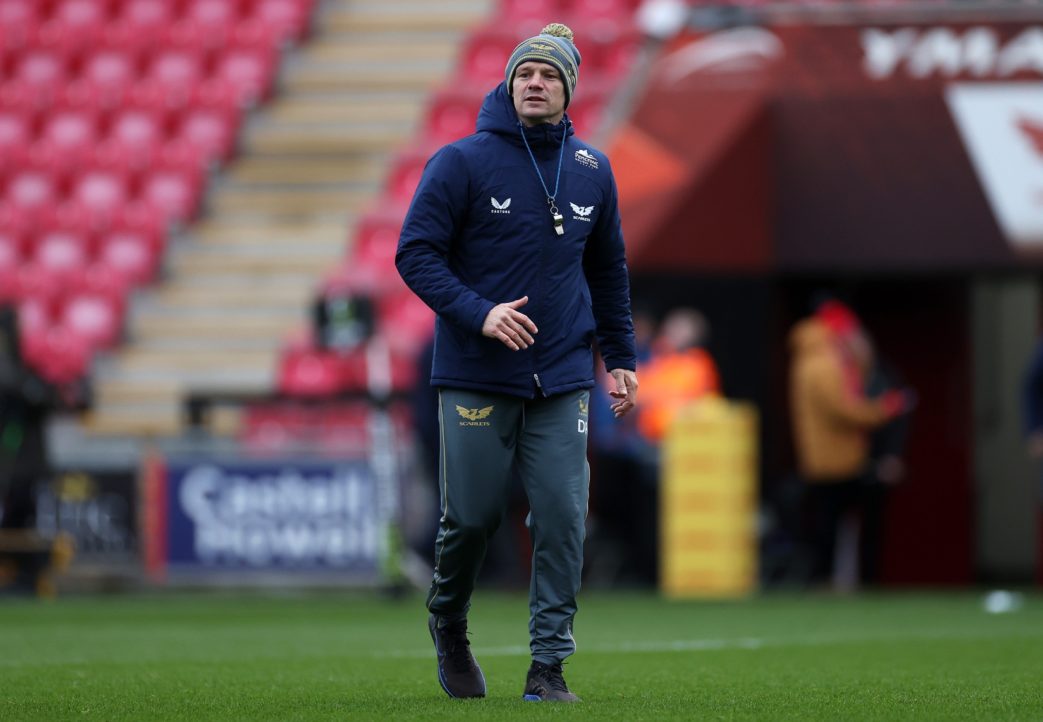 The Scarlets head to Parma in Italy this weekend to take on South African side Toyota Cheetahs in the second round of the EPCR Challenge Cup.

Head coach Dwayne Peel spoke to the media to discuss the challenge that lies ahead.

After a good win last weekend, how are you approaching this match?

DP: “We will go strong again this week, we will pick strong, we want to move forward in this competition, that is the attitude we will take. It is a different challenge, both sides are away from home so it will be a very different atmosphere I am sure.  It is something we have spoken about, will there be any fans? Hopefully we will have a few over there but it is about creating our own atmosphere, we had good energy against Bayonne and it is important we keep that up.”

What kind of challenge will the Cheetahs pose?

DP: “We have done a lot of scouting and like all South African teams they are physical. There have been some top rugby players come through that province, they are a side with good quality young players and two elder statesmen in Ruan Pienaar and Frans Steyn guiding them around. Those two bring a lot of experience and quality. They wouldn’t have played for a while, but they went to Pau last weekend and won so we know it is going to be a difficult task. They have also probably got a point to prove after being replaced in the URC by the other south African sides. We respect that and respect the challenge that is coming our way.”

DP: “Vaea Fifita is available this week. Tom Rogers is out with a hamstring injury and it is disappointing that Harri O’Connor broke his hand during the Bayonne game, he was good when he came on, although I thought WIllGriff John probably played his best game for us. I’m hoping Johnny Williams will play a part in the festive derbies, Samson Lee and Wyn Jones will be later than that.”

Is finding consistency now the key?

DP: ”Absolutely, that is the challenge, not just this week but for the rest of the season. In fairness, the boys have been driving that themselves, looking to back up that win last weekend. To become a top team you need that consistency; look at the teams who played last weekend, Leinster, for example, consistency is their DNA. We have had a good edge again this week and the boys also enjoyed the winning feeling and that is infectious.”

Ryan Elias will make his 150th appearance on Saturday, what are his qualities?

DP: “I like him as a person to start. He is a leader and has got a real competitive edge to him. He is someone who loves playing for the Scarlets. He had a few injuries in the autumn, but before that he started something like 11 out of 12 tests for Wales and sometimes people overlook that. For us, I see him as a future leader of the club. He speaks well in meetings, is very well respected here, he is also tough, he is tough and abrasive. Hopefully, we will see the best of him over the next couple of months.”