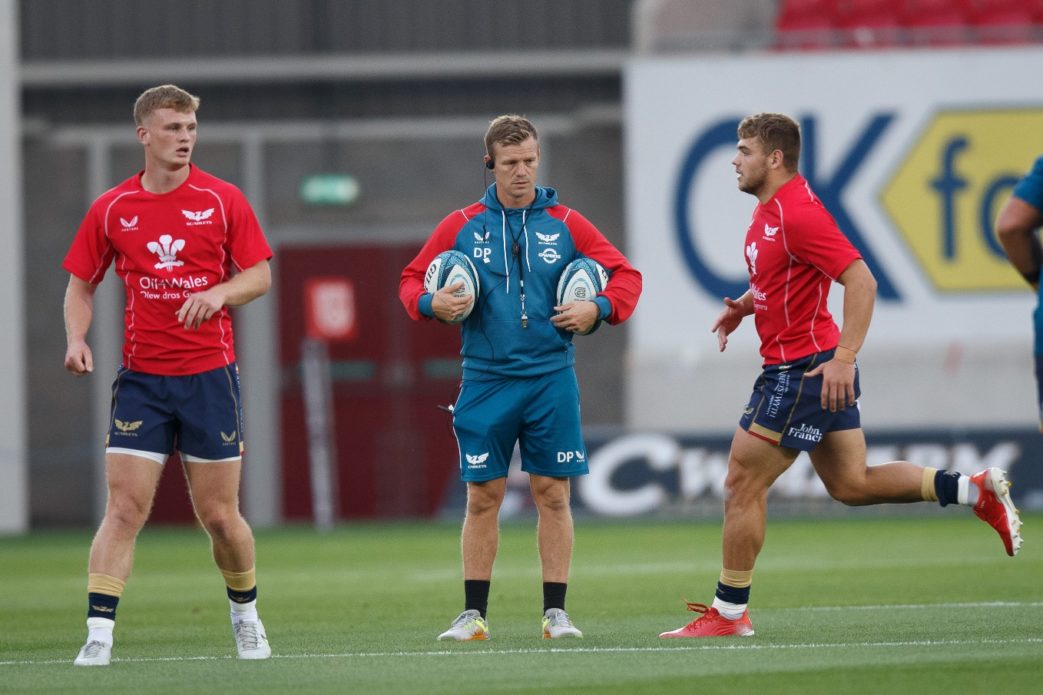 “Plenty to work on, but lots of positives”, was the overriding sentiment from Dwayne Peel’s post-match press conference following Friday night’s entertaining pre-season outing against Bristol.

Scarlets were good value for their 28-15 lead midway though the second half, but the Bears produced a powerful display in the final quarter to come away with a 34-28 win.

Peel said: “I thought it was a typical pre-season game, high-scoring, lots of tries. I thought there were patches where we were pretty good, we moved the ball well at times, but we left in some soft tries which we need to look at and there were a few missed opportunities as well.

“We had four or five debuts towards the end of the second half, a very young team in the end and to be fair if you look at the final five minutes they really battled and showed a lot of character which was great to see.

“Look, there is plenty to work on, obviously, and we will go away, assess and keep working hard. The beauty of pre-season is that these are trial games for what is to come in the next couple of weeks.”

New signing Vaea Fifita became an instant fans favourite with a dazzling 40-minute display, lit up by a rampaging try midway through the first half.

“He wasn’t bad was he?” smiled Peel. “He is a quality international player and I thought he was excellent. He was motivated before the game and it was great to see that performance from him.

“You also had the likes of Griff Evans, Iwan Shenton, Luca Giannini, Eddie James. Josh Phillips, who will remember this day, they were young guys who I thought played well.”

Peel added: “The result is never irrelevant because you play rugby to win and compete, but we won in Leicester in pre-season last year and they didn’t have a bad year after that. It is about performance and what you need to work on in readiness for when the season starts in a couple of weeks.”

The Scarlets continue their preparations for the URC opener against the Ospreys when they host Dragons RFC at Parc y Scarlets next Friday (7pm).

Peel said: “We will get some more players back for that, we will be a different team and give more guys opportunities and minutes under their belt.”