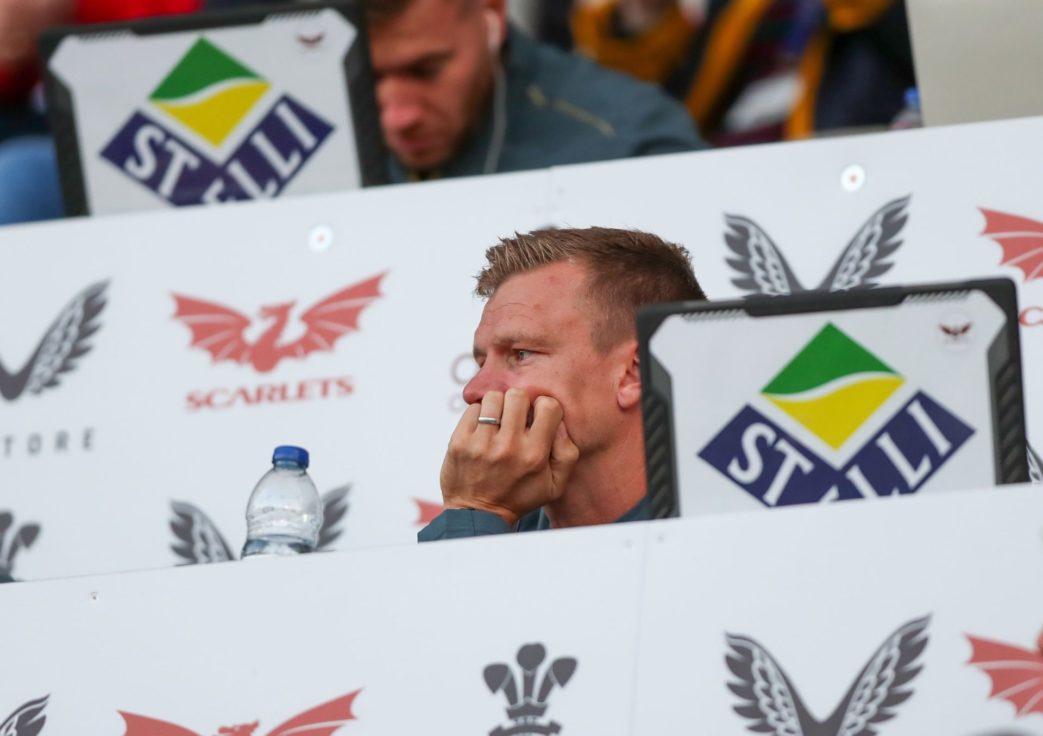 Here’s what head coach Dwayne Peel had to say at this week’s press conference to preview Saturday’s round three BKT United Rugby Championship game against Benetton.

Dwayne, you’ve had a few days to dissect an extraordinary game against Ulster, your thoughts?

DP: “It was the way of the weekend with big scorelines everywhere wasn’t it. It was pretty much what I thought after the game, when we had momentum and were able to play with the ball we looked pretty good, but as I said on Saturday, Ulster were better than us in the fundamentals of the game.”

Is it about fine tuning defensively?

DP: “Collision-wise we weren’t good enough, we slipped off tackles and managed to cough the gainline up, that comes down to a bit of tackle-tech, we have spoken a bit that, we have to be physical in those exchanges. Against sides who go after gain-line you have to be able to slow the possession and control the speed of ball, otherwise it’s going to be a long day. There is plenty to work on, but intent and line speed to get off the line when we controlled ball was pretty good and we saw that against the Ospreys as well.”

DP: “We lost Ioan Nicholas on the weekend. I thought he had a really good game and we were disappointed to lose him at half-time as he’s a footballer who can play across the backline. The obvious guys who are coming back, Johnny McNicholl is back in contention. Leigh’s been training, Ken’s been training. They’re close to being available, if not in contention. It’s pleasing to have those guys back, especially Johnny who was looking forward to having a big season before suffering that head knock in the first game. Shaun Evans at hooker is available as well. Steff Evans is available for selection. Scott Williams isn’t yet. I can’t give you a date when he will be available, but he’s working his way through that. It’ll be good to have him back, with Joe Roberts and Ioan unavailable. We’re sort of thin there. We’ve got two young boys in Eddie James and Iestyn Gwilliam pushing and they’ve been going well in training. But it’ll be good to have him back as he brings a lot of leadership for us. Apart from that, I don’t think there’s anyone else who will be returning. Some of the guys coming back from operations in the summer still aren’t there.”

What about the challenge of Benetton?

DP: “They made a number of changes to go to the RDS last weekend and history will tell you they are a side who are very tough at home, very combative, a heavy set of forwards, good athletes in their pack. You need to play in the right areas, they play a big pressure game, for us, it is important we need to revisit what we have done in the first two matches, make sure our territory game is good and when we get opportunities to score we are accurate in what we do.”