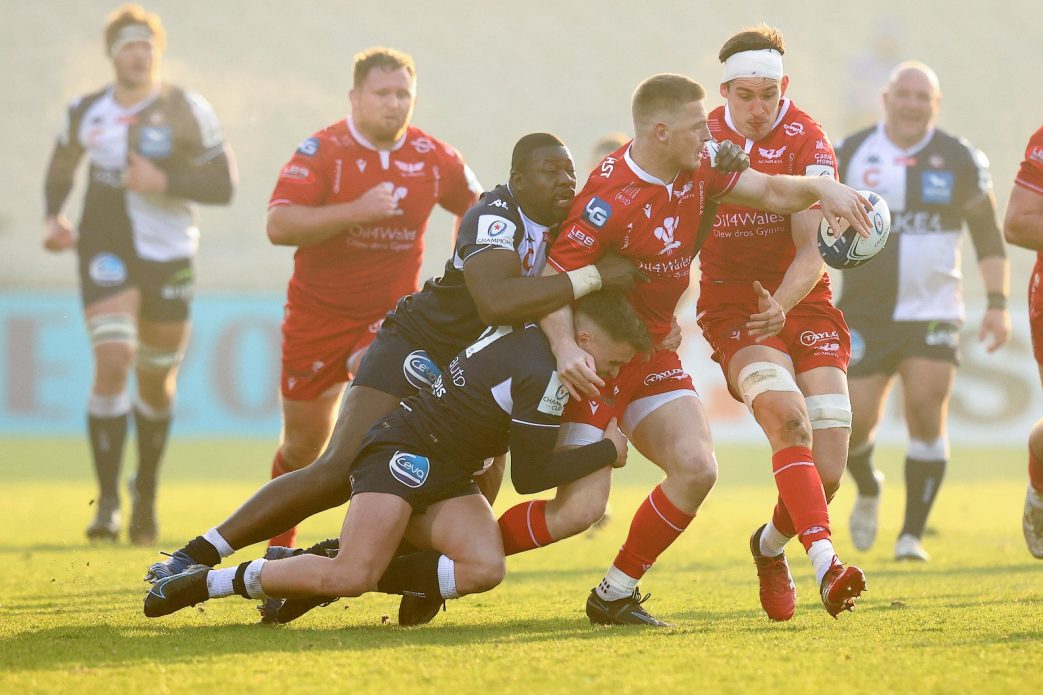 Scarlets head coach Dwayne Peel spoke to the media after Sunday’s 45-10 Champions Cup loss to Bordeaux-Begles. Here’s what he said

Dwayne, what is your reaction to that result?

“We are disappointed. The reality is we did not respect the ball and turned over the ball too cheaply and put us under pressure. For large periods we held them up for as long as we could but offensively, especially for five minutes we put some good sets together but unfortunately we let it slip under pressure. If you can’t keep hold of the ball you put yourself under that sustained pressure.”

Did the disruption of late changes have an impact?

“We had two late changes but we prepared for all situations and you have to adapt to that. Morgan coming in did well and having a guy like Samson to come in and I thought Harri did well as well when he came on.”

Was your lack of rugby in recent months a mitigating factor?

“That’s a part to play but the reality is, the way we look at it, we are not going to dwell on stuff like that. We have to look at ourselves in the mirror and get better. We were not good enough today.”

All still to play for next weekend against Bristol?

“We are at home and want to get that spot and it’s an important game for us.”