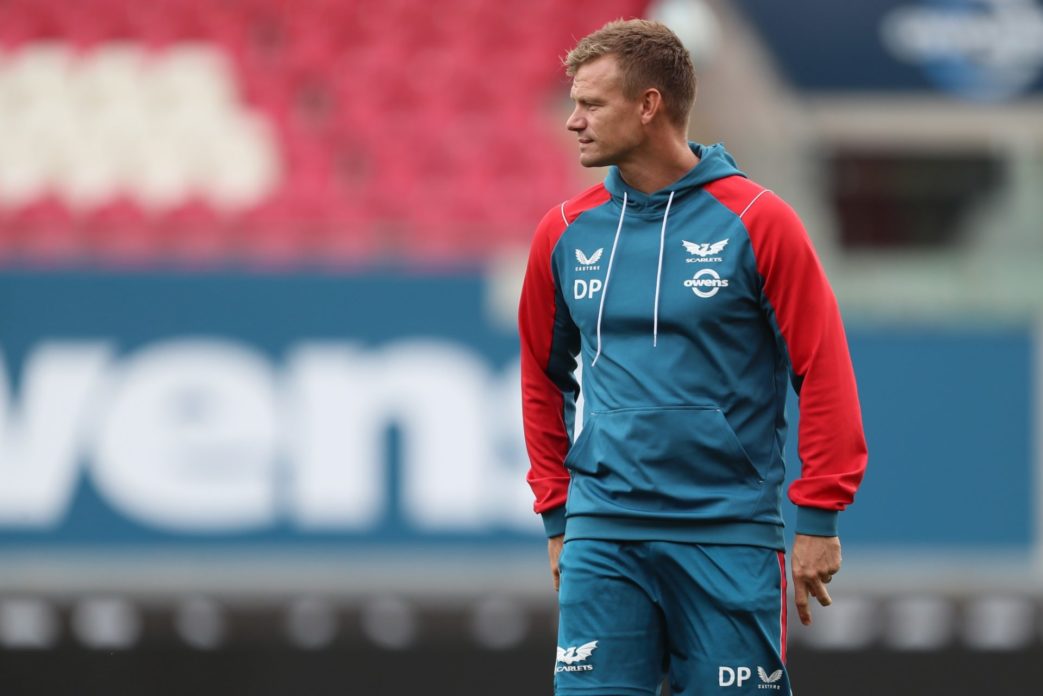 Ahead of Saturday’s BKT United Rugby Championship opener against the Ospreys, head coach Dwayne Peel sat down to speak to the media. Here’s what he had to say.

Dwayne how has pre-season been?

DP: “We have worked hard over pre-season like everyone else has. It has been enjoyable, the boys have worked on areas we felt we needed to shore up on last year and have also kept working on our physical capacity as well. Our conditioning guys Nigel Ashley-Jones and Rhys Jones have done a good job for us. It is a good run of games, seven games then a break, then we have the African trip, it is an important block of rugby for us.”

You have only had one pre-season game, is that an issue?

DP: “Obviously, in our planning we had two games in there, circumstances dictated the Dragons didn’t happen, but it is what it is. We were fortunate we played a strong Bristol team a couple of weeks ago and boys got some minutes under their belt. In years gone past, your first pre-season game is a bit of a development one but it wasn’t like that for us. It was no different to last season when we went to Leicester. We have our international players back in the mix and they have managed to get into training well. From my perspective, we are comfortable with where we are.”

Vaea Fifita made an instant impact against Bristol, how much are you looking forward to seeing him play this season?

DP: “It was an important game for him, making his home debut. He is a good athlete and one thing I do like about him, in terms of fitting into the squad, is his leadership; he is happy to contribute and lead in meetings etc. I have been delighted with that side of it. He is a good signing for us and I’m excited to see him play with the other guys.”

Are all your internationals back this weekend?

DP: “We have everyone available, the one who isn’t is Aaron Shingler who has picked up a bump, a short-term injury. I am comfortable with where we are at.”

How important for the game in Wales is it to have a positive start to the season?

DP:  “We all need to get behind the regional game. The last game we played against the Stormers here, we had a decent crowd, it was an exciting game and we need more of that. We have a duty to put on a show. If we can get a big crowd and support the guys, it will be fantastic.”

What areas are you looking to improve on from last season?

DP: “Obviously we leaked tries last year, we all know that. We saw improvement in the forward play at the end of last season and we need to keep continuing that. The biggest thing for me is that we are tough to beat, we played some good rugby and won some nice games last season, but our home form was disappointing, we lost three or four here and that is not where I want to be. We need to take our chances but on the flip side we need to be tough to break down. We have spoken a lot about that over the summer and we need to take pride in that.”

What is the latest injury update on Ken, Leigh and Samson?

DP: “Samson tore his Achilles in South Africa in March and we’re expecting that to be nine to 12 months so we’d be looking around about the new year. Leigh and Ken may be a week or two apart but they’re both in training at the minute. I’m expecting that in the next week or two they’ll be really ramping up the training into full stuff and then we’ll see at the back end of that then.”