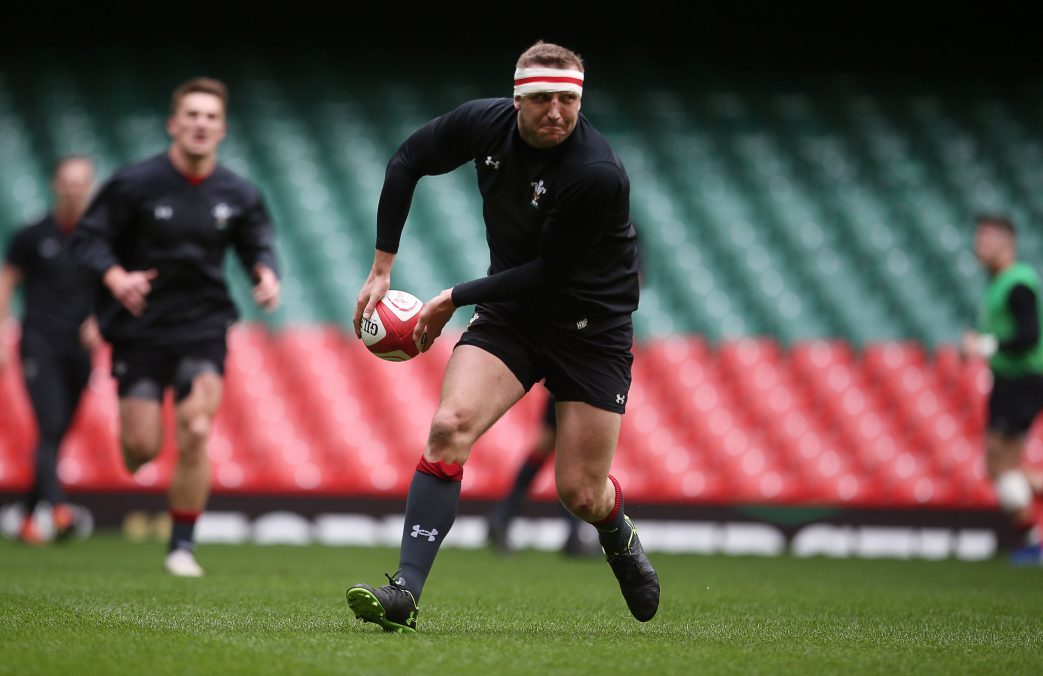 Eighteen Scarlets will pull on the Wales jersey this weekend for the final round of the 2019 Six Nations.

Warren Gatland’s men go in pursuit of a coveted Grand Slam in what will be the New Zealander’s final championship match at the helm.

Gatland has named an unchanged squad for the clash with Ireland, one which contains six Scarlets.

The midfield pairing of Hadleigh Parkes and Jonathan Davies – so influential in the hard-earned win over Scotland last time out – Gareth Davies, Rob Evans and regional skipper Ken Owens are again selected in the starting XV, while Jake Ball will be looking to make his usual impact off the bench.

“They’ve got class players across the park so it’s going to be a tough Test match. It’s one of those exciting matches which you don’t get to play in every week,” said Parkes in his column for BBC Sport.

“Some players go through their whole lives, their whole careers, never playing in a semi-final or a final and this feels like that final mentality. For us, that’s how we look at it.

“We’re coming up against a very tough opposition. It’s number two against number three in the world. But that excites me.”

There will be a familiar face in the opposition ranks with former Scarlets favourite Tadhg Beirne handed his first Six Nations start for Ireland.

Ireland wrapped up the championship courtesy of their win over France last weekend, but will have the Grand Slam in their sights at the Zipworld Stadium.

Wales Under-20s coach Gareth Williams has reshuffled his side following the disappointing loss to the Scots in Meggetland.

Scarlets flyer Tomi Lewis returns from injury to take his place on the wing, but the all-Scarlets back-row of Ellis Thomas, Iestyn Rees and Jac Morgan are retained.

Jac Price and fit-again wing Ryan Conbeer are named among the replacements.

Rowland Phillips’s Wales women’s team will be hoping to build on their last-gasp triumph over Scotland when they face Ireland at Cardiff Arms Park on Sunday afternoon (1.30pm kick-off).

Scarlets flanker Alisha Butchers returns to the side and joins her regional team-mates Jasmine Joyce, Hannah Jones and Lleucu George in the starting XV. Alex Callender and Ffion Lewis are named on the bench.