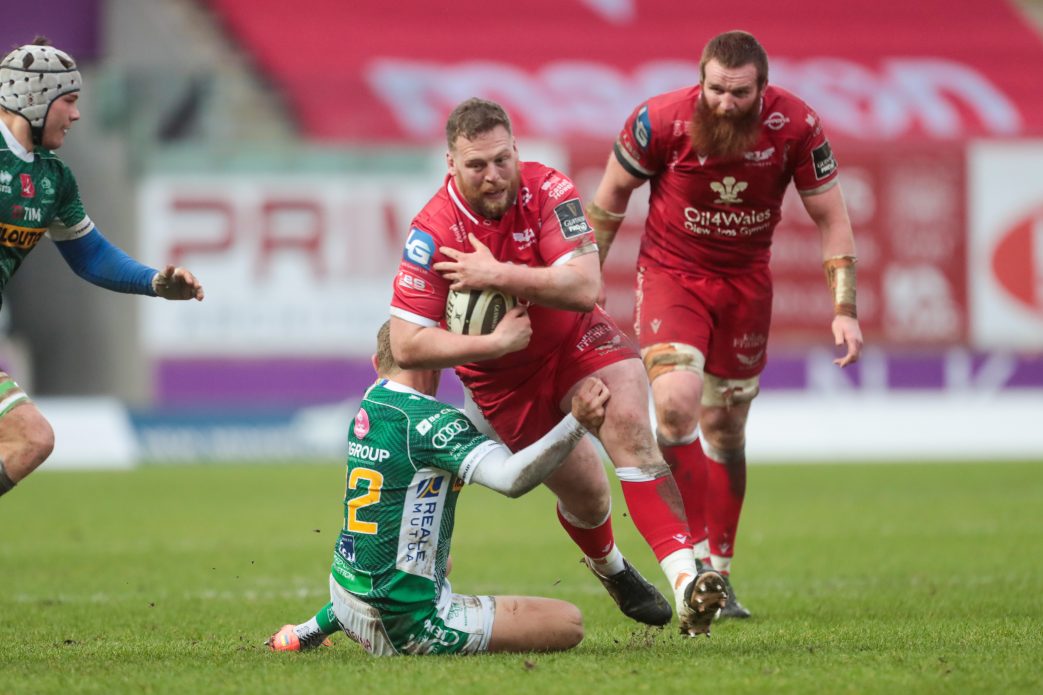 After more than two years out of the game through serious injuries, it’s heartening to see Steff Thomas back with a vengeance at Scarlets.

“I suffered injuries to both ACLs so I’ve been out for a fair while,” says the 24-year-old prop. “I did the left on in pre-season three years ago, and then the right one two years ago with Carmarthen Quins. Everything’s fine now, thankfully.”

Despite the brakes being pushed hard twice on his short career thus far, he’s quite philosophical about the whole thing. “I feel fine about it all. I’m quite good with things like that. It is what it is, as they say. You know the risks when you play rugby, so all of us take them.”

Thomas hails from Newcastle Emlyn, an hour away from Parc y Scarlets. “There is a lot of Welsh there – you won’t come across many people who will speak English to you in the area,” he said. “It’s a very traditional town. It’s always nice to arrive home and have that homely environment. I think sometimes that people don’t get that feeling when they live in a big town.”

His route to the Scarlets senior squad began with the local rugby club, before moving to the Quins youth side. “Rich Kelly was Quins’ head coach at the time, and he helped me a lot,” says Thomas. “I’ve got good memories with the club, and I’d go back and play for them tomorrow if they wanted me to.”

Thomas admits that the experience of representing Wales at U18 and U20 level was a significant one – in many ways. “Growing up, I didn’t think there was much hope for a young lad like me from Newcastle Emlyn. Not only to represent my country, but to see new countries like Georgia and South Africa.

“I wouldn’t have been to half the places I’ve been to if not for rugby. With Wales U18, we went out to Cape Town for a fortnight. An amazing trip. I don’t think I’ll experience anything like that again.”

Having said that, Thomas has always been ambitious, and inspiration can be found within his family: his cousin is Ospreys and former Wales U20 prop Gareth Thomas.

“Gareth’s four years older than me, and also comes from Newcastle Emlyn,” says Thomas. “When we were kids, the two of us would do a lot of work on the farm together, especially during the summer – milking cows and so on.”

Farming is something he has in common with a man who’s taught him so much at Scarlets: Wyn Jones. “Wyn can’t do enough to help me. He doesn’t care that we’re both playing in the same position. He’s one of the best looseheads in the world, and it’s not often you get the chance to learn from someone of his quality.

“I’m looking forward to asking him a load of questions once he’s back from the Lions tour this summer!”