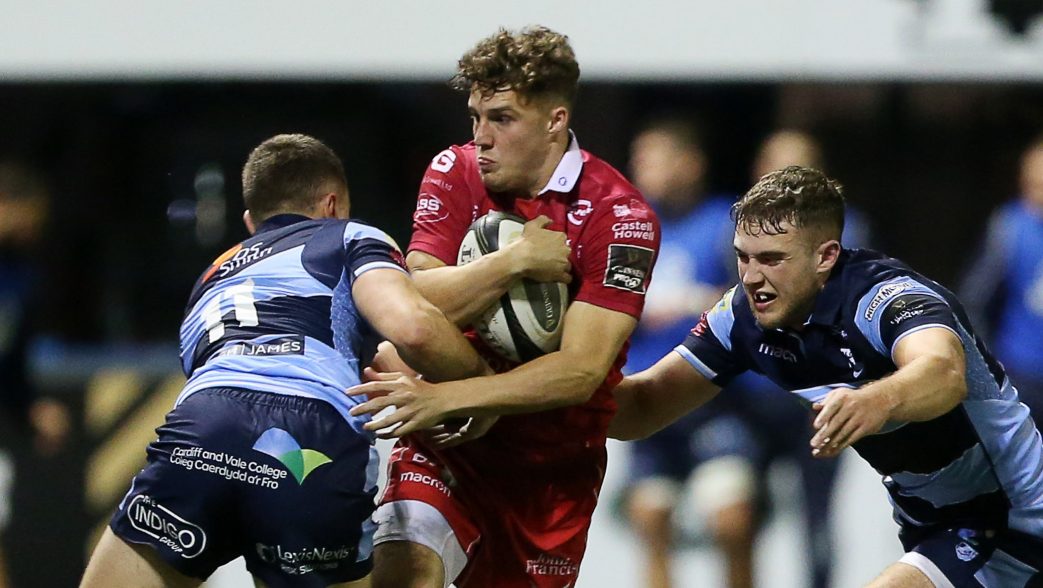 Flying wing Tomi Lewis has become the latest player to agree a new contract for the 2020-21 season.

The 21-year-old speedster is among a group of exciting young backs coming through the ranks at Parc y Scarlets.

A member of the Wales U20s squad that competed at the Junior World Championships in Argentina last year, Tomi has also shone on the world seven series, scoring seven tries in his debut tournament in Dubai as an 18-year-old.

A former pupil at Llandovery College, he came through the age-grade system at the Scarlets and scored on his senior debut in an Anglo-Welsh Cup clash against the Dragons. He impressed for the Scarlets A team during this season’s Celtic Cup and linked up on loan with Ampthill RFC in the English Championship in January.

Scarlets recently announced new deals for 17 members of their squad with Tomi becoming the 15th player who has come through the Scarlets system to have agreed a new contract.

“Tomi is another young player who has an exciting future in the game,” said head coach Glenn Delaney. “He is working hard in the squad and has already shown what he is capable of playing for Wales at U20s and Sevens level. He is one of a number of talented young backs we are looking forward to seeing in Scarlets colours.”

Tomi said: “I am delighted to have signed a new deal with the Scarlets. I have been here since the age of 16 and have been fortunate to have been able to learn from some great players.

“At the moment, it is fantastic being in the squad alongside internationals like Liam Williams, Leigh Halfpenny, Johnny McNicholl and Steff Evans and I’m looking forward to competing for the Scarlets jersey over the coming years.”