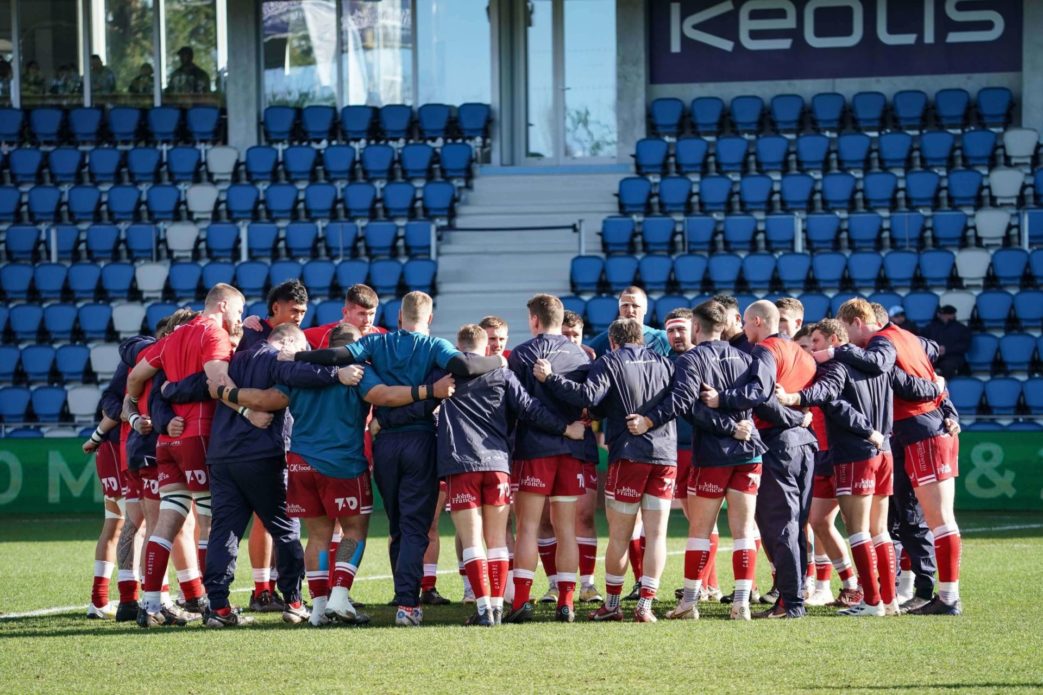 Scarlets will take on the former kings of Europe Brive in the last 16 of the EPCR Challenge Cup, with head coach Dwayne Peel hoping for a bumper crowd at Parc y Scarlets.

A couple of hundred supporters were at the Stade Jean Dauger in Bayonne on Saturday to witness their side make it a clean sweep in European competition to finish at the head of the Pool B standings and secure top seeding going into the knockout rounds.

Brive, who were crowned European champions in 1997,  booked their place in the latter stages courtesy of a home win over Cardiff on Saturday night.

Looking forward to the visit of the French Top 14 side on the weekend of March 31-April 2, Peel said: “Knockout rugby at home is obviously very important, the nature of the tournament from now on means the quality is going to be very high. If you look at years gone past, sides who have won it have been top end. To have a home tie for our fans is important, there were a couple of hundred in Bayonne on the weekend; they spend a lot of money and time following us and it is nice to give them something back. Hopefully we can get a good crowd and make it a day.”

Reflecting on the three-try 20-7 victory, Peel added:  “I felt we were in control for most of the game – they got into it for the last five to 10 minutes and I thought we could have put a few more points on especially in that opening period when we had two line-outs close to their line and didn’t convert.

“We had a job to do and came away and did it and the boys are delighted because at the start of this campaign to go and finish top of the pool was our goal and we have done that.”

Peel continued: “We have won six of our last seven games now and have another big game against the Bulls in the URC on Friday night.

“This (Challenge Cup) competition has given us a spark to the season and it has also seen us put some good practice in, especially from a defensive point of view. That has been the biggest change for us in the last few weeks, our defensive mentality, and I know Gareth (Williams) has been doing great work throughout the season on that.

“As well as that, young boys have stepped up and been putting themselves in the picture to start, people like Joe Roberts, Carwyn Tuipulotu, Dan Davis, who has been outstanding in these games, probably man of the match against Bayonne in my eyes. Johnny (McNicholl) had it, but I thought Dan was outstanding. Ken has been leading from the front with Foxy so it has been a good blend of young and old and some Scarlets of the future have been shown.”

Scarlets will assess a calf injury picked up by skipper Jonathan Davies during the second half against Bayonne.