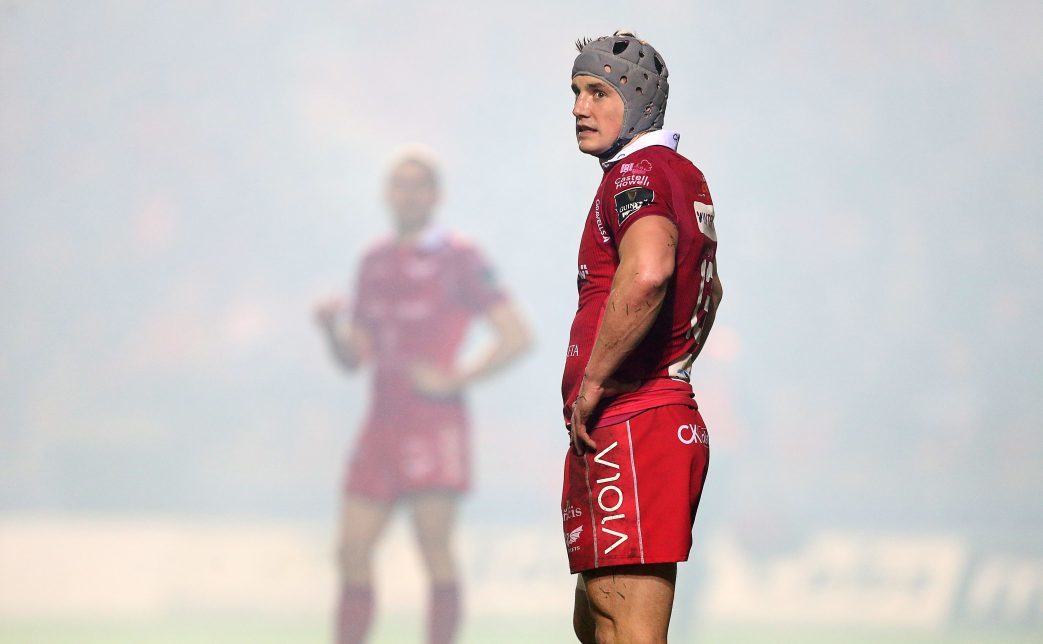 Jon Davies will wear the armband this weekend after returning from a rest to lead the Scarlets team in Saturday’s Heineken Champions Cup clash against Racing 92 at La Défense Arena in Paris.

Former Lions’ player of the series Davies will make his 50th European appearance in the first contest under the domed roof of their opponent’s new multi-purpose stadium in the French capital.

Scarlets’ 23 includes eight players named in Wales’ Six Nations squad, with seven named in the starting line-up.  Joining Davies in tweaks to the team that ran out convincing winners last Saturday against Leicester Tigers, Tom Prydie comes in at 14, while Josh MacLeod returns from his foot injury to give emergency number eight Ken Owens a well-earned rest.  Scarlets Academy graduate and Wales U20 hooker Dafydd Hughes takes a place on the bench.

Reflecting on his team’s improving form ahead of this weekend’s game, Scarlets’ head coach Wayne Pivac said: “The last couple of weeks we’ve improved our game bit by bit and we’d like to improve some more this weekend.  Free-flowing rugby has always been our intent. It was good to see those tries on the weekend and to see the desire to attack back with the boys. There was a lot more urgency and tempo. The fans enjoyed it and that’s what we’re about.

“We want to win every game when we take to the field and this weekend is no different. We’ve started the new year well and we want that to continue in terms of the type of performance we’re after. We’ve got a job to do, it’s a European match.  It’s the biggest game boys play outside of test matches. We’re in a fantastic new stadium that the boys haven’t played in before and that in itself is something to look forward to.

“It’s important for the group that we take some confidence out of this game and finish the European segment in a strong manner.  Last week was a good first half of this group of two games. Racing 92 want to be in the top four and get home advantage and they’ll want to finish strongly in front of their home fans, so we know we’re in for a big game.  The conditions are going to be fantastic and we’re looking forward to an entertaining game that hopefully will suit us.”