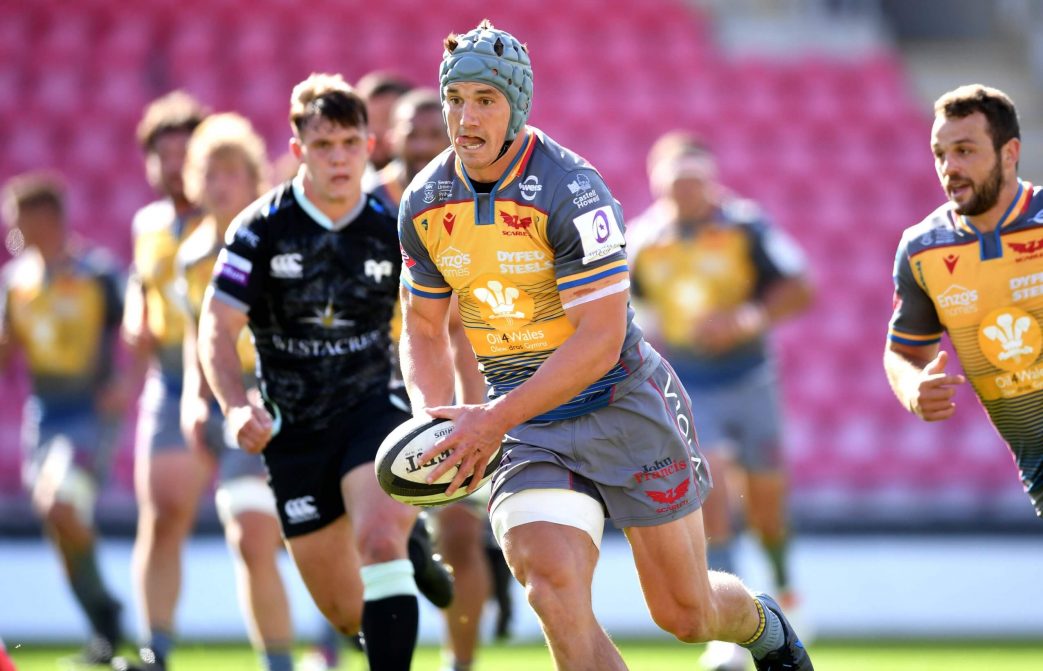 In his first appearance for nearly a year Jonathan Davies came through 40 minutes of rugby unscathed as the Scarlets were beaten 25-15 by the Ospreys in a competitive pre-season outing at Parc y Scarlets.

Davies produced a number of classy touches in a comeback that will delight Scarlets and Wales fans alike.

He was part of a side that led 15-6 at half-time thanks to tries from No. 8 Uzair Cassiem and wing Tom Prydie as well as a penalty and conversion from the boot of debut-making fly-half Sam Costelow.

But the Ospreys produced a powerful second-half display to snatch the spoils with three unconverted tries without answer.

Josh Thomas kicked two penalties to one from opposite number Costelow as the Ospreys led 6-3 early on, but as the Scarlets began to dominate possession and territory Cassiem dived over in the corner to give the home side the lead.

The Scarlets were celebrating a second try soon after. A lovely pass from Angus O’Brien put Tom Rogers racing away and the full-back found Prydie on his outside with the winger doing well to cross in the corner.

O’Brien converted to make it 15-6 and the Scarlets could and should have added to their tally before the interval, but failed to capitalise on a couple of opportunities.

With both sides making widespread changes, the match shifted in momentum after the break.

Tries from centre Tiaan Thomas-Wheeler and flanker Sam Cross turned the game on its head and as the Scarlets pressed in the closing exchanges, Ben Cambriani intercepted to seal the win for the visitors.

For the Scarlets, lock Tevita Ratuva delivered a powerful display at the heart of the Scarlets pack, while Cassiem and Rogers were also to the fore.

Scarlets head coach Glenn Delaney said: “It was pretty physical, a real game of two halves and at the end of the day they took the spoils. We will learn a lot from it. At the end we had a lot of our youngsters on, lads coming up from the academy and for them that experience will  be brilliant, playing against a tough tenacious team.”

On the return of Wales and Lions centre Davies, Delaney added: “It was great to see him back on the field. He came off smiling and it looked like he enjoyed his first 40 minutes and long may it continue. He has done brilliantly over the last 12 months so it was just nice to have him out there. There were a couple of nice touches, a ball off the left peg; I think he did enough in that first half to show he has made lots of progress.”