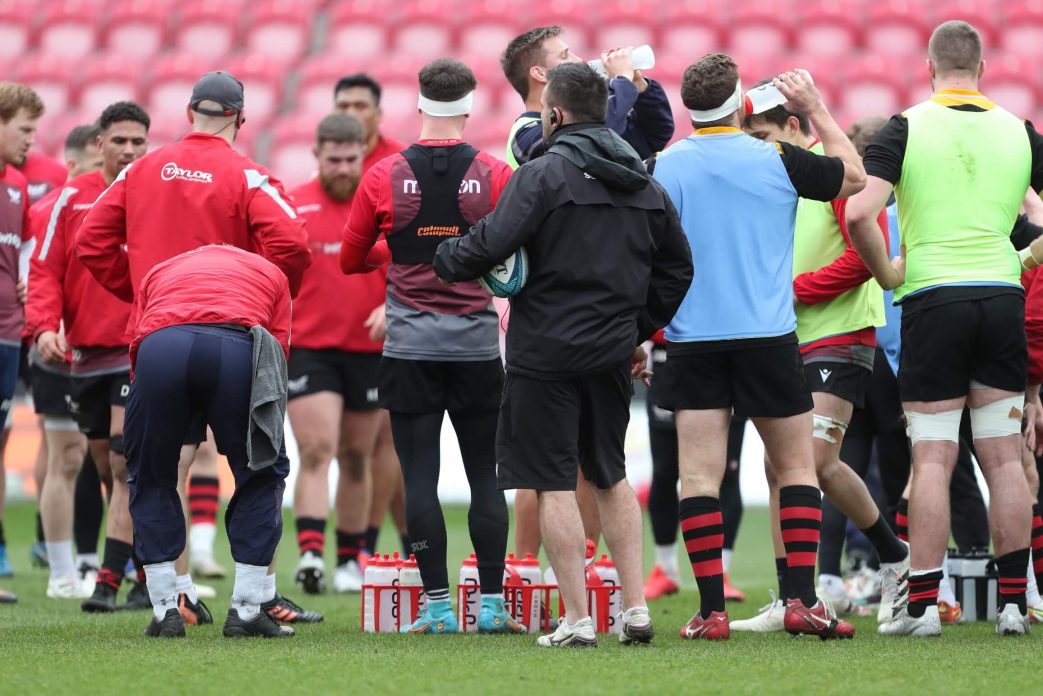 Here’s what Scarlets head coach Dwayne Peel had to say to the media this week ahead of Saturday’s URC showdown against Cardiff.

Dwayne, a big block of games coming up now, five Welsh derbies in a row?

DP: “We looked at the restructure of the season since our Covid cancellations and knew this period would be huge for us. Realistically, we have five derby games coming up and we need to win the majority of them if we are going to be challenging for the top eight, there is European qualification as well which we are very keen on, there is all to play for. It is exciting to have the back-to-back games, which we have not had since the change in European competition when the back-to-back games at Christmas were always good occasions. It will be different, but it will be good, the boys are excited. It Is good to have the rest of the Welsh players back this week as well, there is a buzz in training and everyone is looking forward to it.”

What is the latest on WillGriff John, Josh Macleod, Aaron Shingler and Daf Hughes?

DP: “WillGriff is in training again after his back issue, we will monitor him this week; Josh Macleod is back in training and not far away – in the next couple of weeks hopefully. Shings is back in the fold, Daf won’t be quite ready this week.”

How tough will the two weeks be against Cardiff?

DP: “Very tough, the back-to-back nature of the games poses a challenge in itself. If you look at Dai’s teams over the years they have always very robust, played good rugby and had a steel at the contact area and set piece. They have always been good at the breakdown, they have had players that can spoil ball and take ball to launch their turnover attack. We have to be on the money and make sure our breakdown and physicality has to be good because if you look at when we played them last year they definitely go on top in that area. They also have a group of exciting backs and good half-backs who, if you allow on the front foot, are very dangerous, they are high-quality players.”

What is the mood in the camp ahead of these games”

DP: “We spoke this week about the importance of this next block and the fact they are five Welsh derbies adds a bit of spice, but in terms of rugby games, the block is very important if we have any ambitions of going further into the season. They become knockout games in effect and it is great that we have that mentality, it will add a bit of edge to it. What is also important is that it is going to be a squad effort. We have played four games back-to-back and now have five one after each other. The whole squad will be required at some point. It is about everyone contributing whether they are in the 23 or not.”

Get your tickets HERE