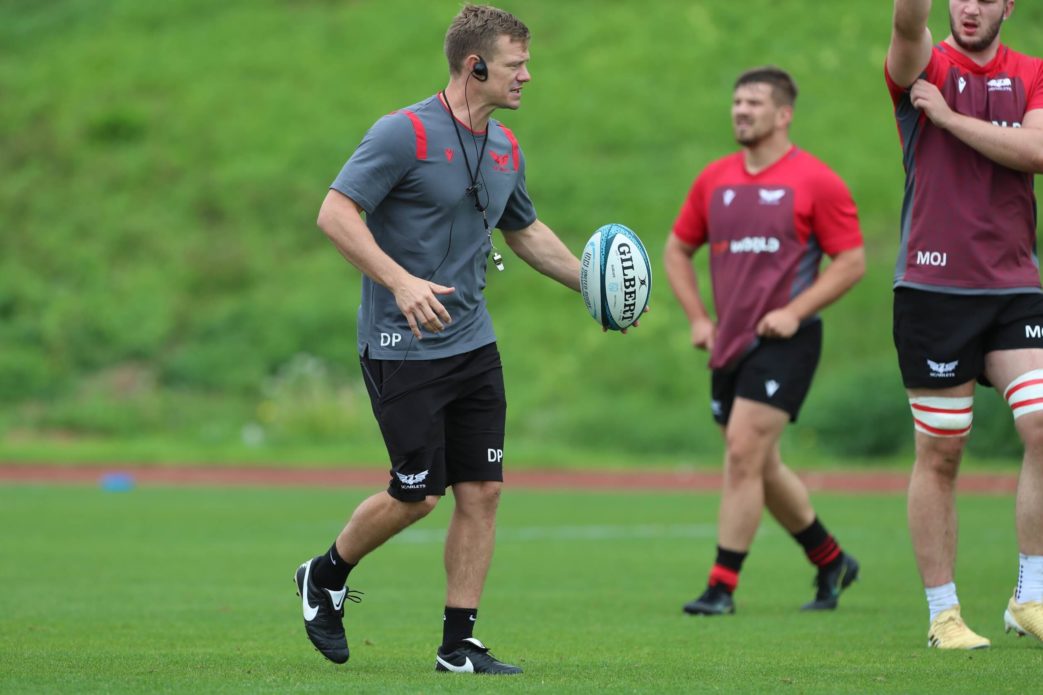 Scarlets head coach Dwayne Peel spoke to the media ahead of the big West Wales derby against the Ospreys on Saturday.

Dwayne, what is your latest injury news?

DP: “We have a few boys who missed out last week who have been training. Liam is close and he is training, hopefully his leg will be better, we will make a late call there. He wasn’t quite right last week, we are hoping he will be right this weekend. It will be good for us and for him to take the field because it will be his last West Wales derby. He is born basically on the Loughor Bridge so it will be an interesting one for him! Sam Costelow has also been back in training, Blade Thomson is still not quite right, Tom Rogers is still injured.”

It feels both sides are hitting their straps going into this game?

DP: “It is obviously a big game with a lot at stake, it is perfect, both sides with something to play for, it is exciting. The Ospreys have been going well, they have been physical and we are expecting exactly that away from home.”

How important is Champions Cup qualification?

DP: “It is massively important to us to be in the top tier of European competition. We have a good heritage and tradition in that tournament and we also want to be the top Welsh side, that is the bottom line. When you start a season you set yourselves goals and that is one and I am sure the Ospreys are saying the same. It is adding a bit of spice.”

What type of game are you expecting?

DP: “I think it will be quite cagey, they have been physical up front, but in fairness, I thought they moved the ball as well last Saturday against Cardiff; Gareth Anscombe and Rhys Webb, who scored two tries here on New Year’s Day, are always running threats, it was a tight match in our last game and I am expecting another close encounter again. For us, it is about implementing our game-plan and stepping up to that physicality. To be fair to our pack, they have been physical of late, I am expecting that to be a good match-up.”

How pleasing will it be to nail down the Welsh Shield?

DP: “It would be pleasing, the nature of the season has been disjointed. I have thoroughly enjoyed the last eight weeks, having games week to week, the boys get game robust and as much as we have a massive injury list we haven’t tinkered too much. Some of our younger guys, the likes of Jac Price, have played the majority of those games, it has been a good period.”

Some great news today that Jonathan Davies has signed a new contract, how big a boost is that?

DP: “Jon wants to finish his career here, he is playing his best rugby for a while. He seems happy with his body, he is moving well and is leading by example on and off the field. I have said this a lot this season, the way he and Scotty (Williams) have led when they have had the captaincy has been great to see. He is a world-class player, a Test Lion and it is important we get the maximum out of him, on and off the field.”