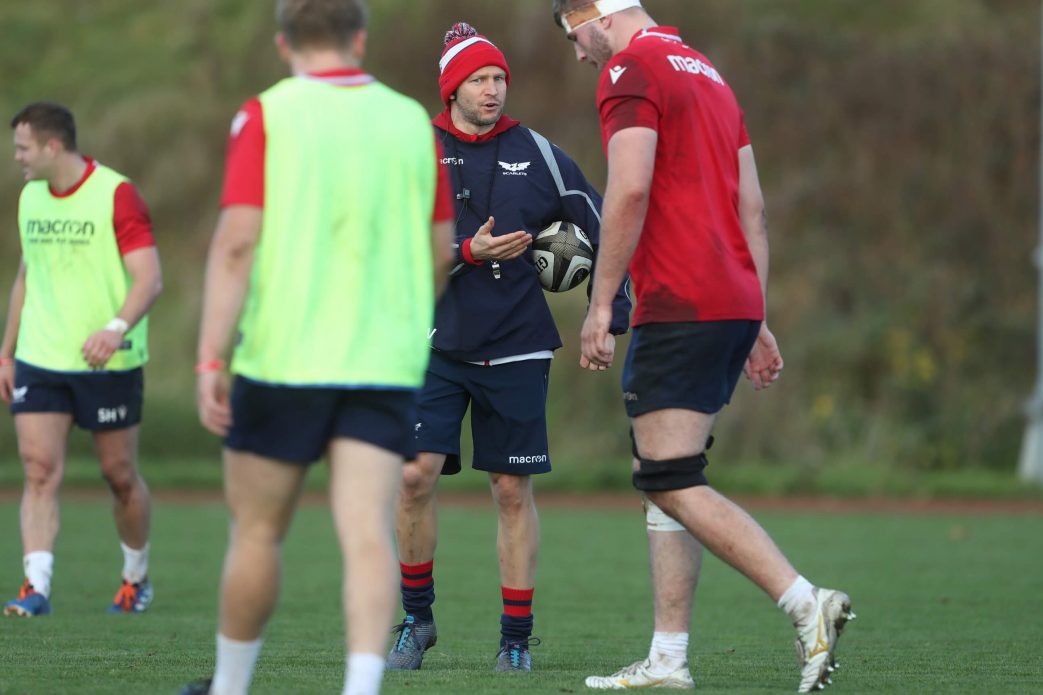 Attack coach Richard Whiffin spoke to the media ahead of Sunday’s game against Zebre. Here’s what he had to say …

What are your thoughts on last weekend’s loss to Edinburgh?

RW: “We have challenged ourselves as a group to execute the opportunities we are creating better. The conditions were pretty poor last weekend but we certainly had the ambition and mindset to play and controlled good passages of play. In that top end of the field we created five or six gilt-edged opportunities which unfortunately we did not end up taking. That is the nuts and bolts of the game and we have got to be better and that is something we are continually working to make that last pass stick and get over the whitewash in what was a very tough game.

What has been the message for Sunday’s game against Zebre?

RW: “We want to go in and execute an 80-minute performance. We have shown in parts our ambition to play, our defence has been outstanding, obviously we need to sharpen up on our discipline. If we can nail those three things then hopefully it will put us on the right side of the result. It is a big game because it is the next one.”

What about the threat of Zebre?

RW: “Zebre really moved the ball well in that first 40 against the Ospreys (won 23-17). They are a team that will play from deep and have a couple of good young half-backs that are starting to control their game. They are a threat, have been building over the last couple of years and will come here and give it a big lash. We have to be on our mettle to take the performance. We understand they will come here with nothing to lose; they will have passages when they are on top and we will as well. It is about having the right mindset and intensity to take hold of those passages when we are on top and get the result we are after.”

Are you having any players released from Wales camp?

RW: “No, we aren’t. In normal circumstances I am sure we would have players released, but in these strange times with Covid and bubbles I can totally understand why the national team are keeping their bodies in house. We understand the situation, we have a good squad here and we back the boys that are with us to get the job done.”

Three dismissals in the last three games, is there a problem?

RW: “We have to talk about it. You take each incident in isolation. Morgan Jones in Treviso was rescinded, so it wasn’t a red card in the disciplinary procedure. The other two, with the new framework, we have got to be better in getting our tackle height down. There is no malicious intent in either of Sam’s or Josh’s one, we just got that skill-set slightly wrong, it is something the boys are working hard at, on their tackle technique and will continue to. For the taller boys especially it is a big change and they need to get their tackle height down for the safety of the game. We understand that, players understand that and they are working hard to try and improve.”

Are you concerned by the lack of tries?

RW: “If we weren’t creating the chances I would be disappointed and I’d be looking at what we are doing. We are creating a lot, that last pass that it is not quite going to hand. If you look at the games in isolation, Munster gave us kickable penalties that stopped us getting red zone opportunities; Glasgow is the niggly one, we felt we didn’t perform as an attacking unit as we could, in the last two games we have played the conditions and the pitch as the weather has allowed us. We have still created opportunities, but the last pass hasn’t stuck, that is the key thing.”

Do you feel you are not far from clicking?

RW: “I believe so. We are creating, we getting into the red zone, 29 times in these first four games, which is a good number per game. We have just got to be more accurate in all of our aspects, be it pick and go, be it drive, be it catch pass, running lines, to be able to execute.”