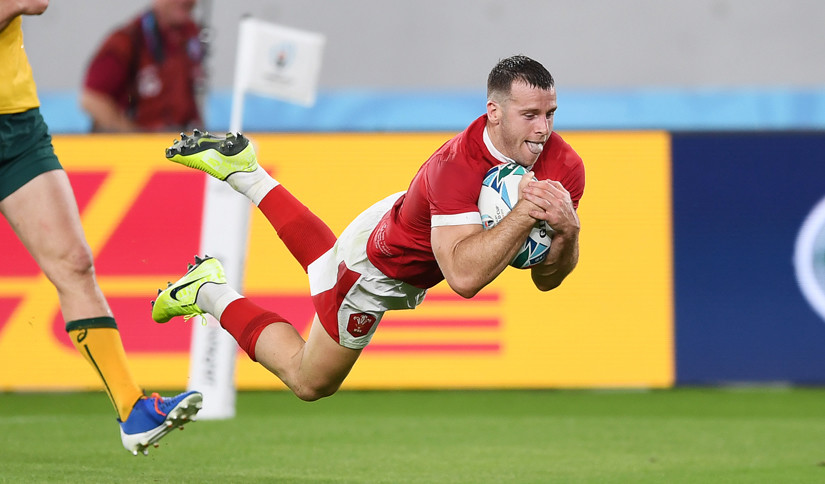 It was a stunning triumph by Warren Gatland’s side and makes them favourites to top Pool D and secure progress to the tournament quarter-finals.

Wales had heroes across the pitch.

Man of the match Davies had an outstanding game, producing one of his trademark interceptions for Wales’ second try.

Parkes was strong in midfield, while Ken Owens was an inspirational presence up front.

It got better quickly when Parkes leaped to gather a Biggar cross-field kick, a corner try converted by the Northampton fly-half.

With Biggar having taken a knock to the head making a try-saving tackle, his replacement Patchell stepped up to land two penalties before Davies lit up the stadium by snaffling a pass 70 metres out and racing to the line unopposed.

Patchell’s conversion sent Welsh fans into dreamland at 23-8 at half-time and it got better when the fly-half calmly slotted a drop-goal a couple of minutes into the second half.

However, Wales are well aware of the Wallabies’ threat and the men in gold found a new gear, putting Wales under a huge amount of pressure.

Dane Haylett-Petty was put over after a slick attack, then skipper Michael Hooper added another from close range on 62 minutes.

That set up a tense finale.

Patchell coolly slotted another penalty to give Wales a four-point advantage and as the Aussies sensed a late snatch and grab, Liam Williams claimed a crucial turnover to help Wales seal the points and a famous win.