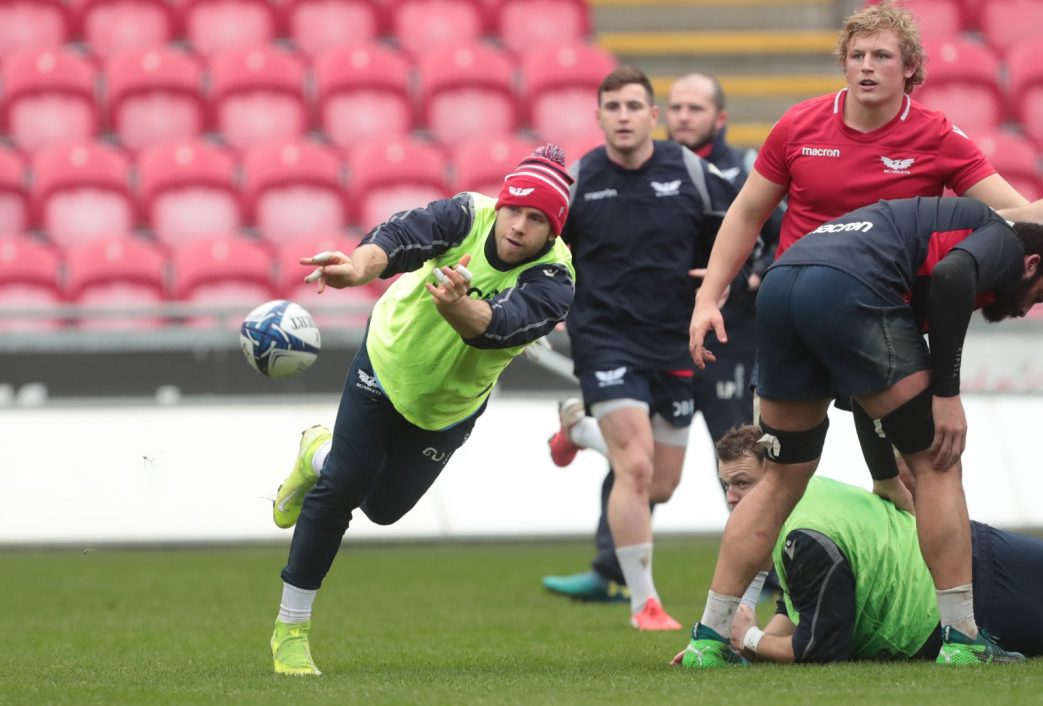 Gareth Davies is set to make his 200th appearance in Scarlets colours after being named in the side to face Bath in the Heineken Champions Cup on Saturday (15:15ko; BT Sport).

The scrum-half made his Scarlets debut 11 years ago and joins an elite band of players from the regional era to reach the double century milestone.

Davies is one of nine internationals that featured in the Autumn Nations Cup returning to the Scarlets match-day squad, seven of them in the starting XV.

Wales and Lions full-back Leigh Halfpenny links up with Ryan Conbeer and Steff Evans in an exciting back three. Elsewhere in the back division, Tyler Morgan and Steff Hughes combine in midfield with Hughes continuing to captain the side. Davies is partnered by Dan Jones at half-back.

The only change in the back row sees Scotland’s Blade Thomson come in at blindside flanker alongside No. 8 Sione Kalamafoni and Jac Morgan.

Among the replacements, Rob Evans, Marc Jones and Javan Sebastian provide the front-row cover; 21-year-old lock Morgan Jones will make his European debut if he comes off the bench, while Josh Macleod has recovered from the hamstring injury he picked up in Glasgow in October. Kieran Hardy, Angus O’Brien and Jonathan Davies cover the backline.

The players who tested positive for Covid-19 a couple of weeks ago are currently going through return-to-play conditioning programmes in accordance with public health guidelines and were unavailable for selection.

Scarlets head coach Glenn Delaney said: “Maintaining continuity has been important in selection with players rewarded for their form in the weeks leading up to the start of the Champions Cup.

“Unfortunately, a few boys have come back from Wales camp with injuries and we will continue to monitor and assess them over the coming weeks. Despite the disruptions, we’ve had a good week; it was great to get the rest of the boys back in on Thursday and we are looking forward to what promises a big Anglo-Welsh clash at one of the best grounds to go to in the competition.

“We are all aware how much European competition means to the Scarlets and our supporters. We love this competition, we want to go well in it and really give a good account of ourselves.”