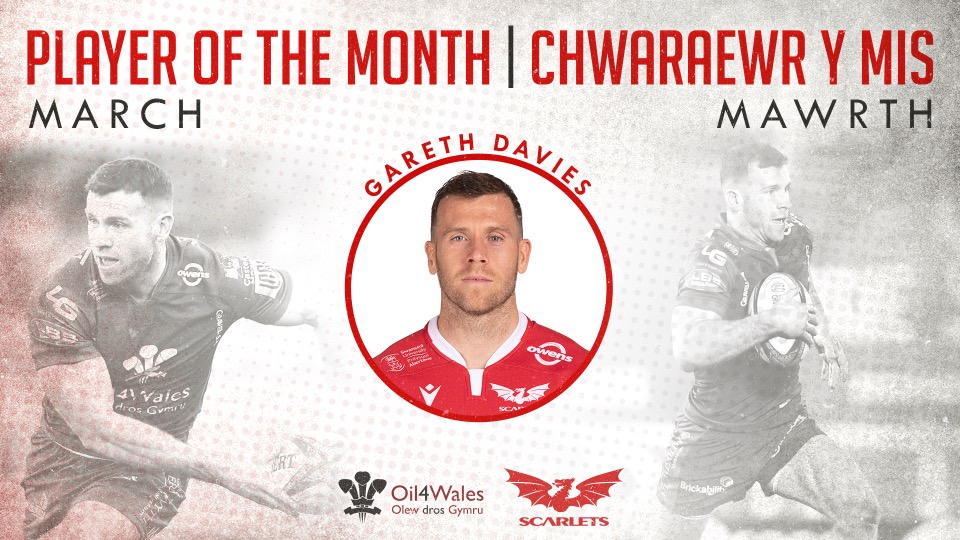 Gareth Davies has been voted your Oil 4 Wales Supporters player of the month for March.

In a closely-contested poll on our Twitter and Instagram social media channels, more than 2,000 of you voted, with Gareth (711) edging out second row Sam Lousi (665). Ryan Conbeer and Blade Thomson were the other contenders.

Gareth produced an outstanding display in our home win over Glasgow Warriors, scoring a crucial second-half try. He didn’t travel to South Africa because he was on Six Nations duty with Wales, but returned against Zebre in Parma last weekend and was selected as the URC player of the match.

The scrum-half follows Scott Williams and Sam Lousi as our monthly winners so far this season.