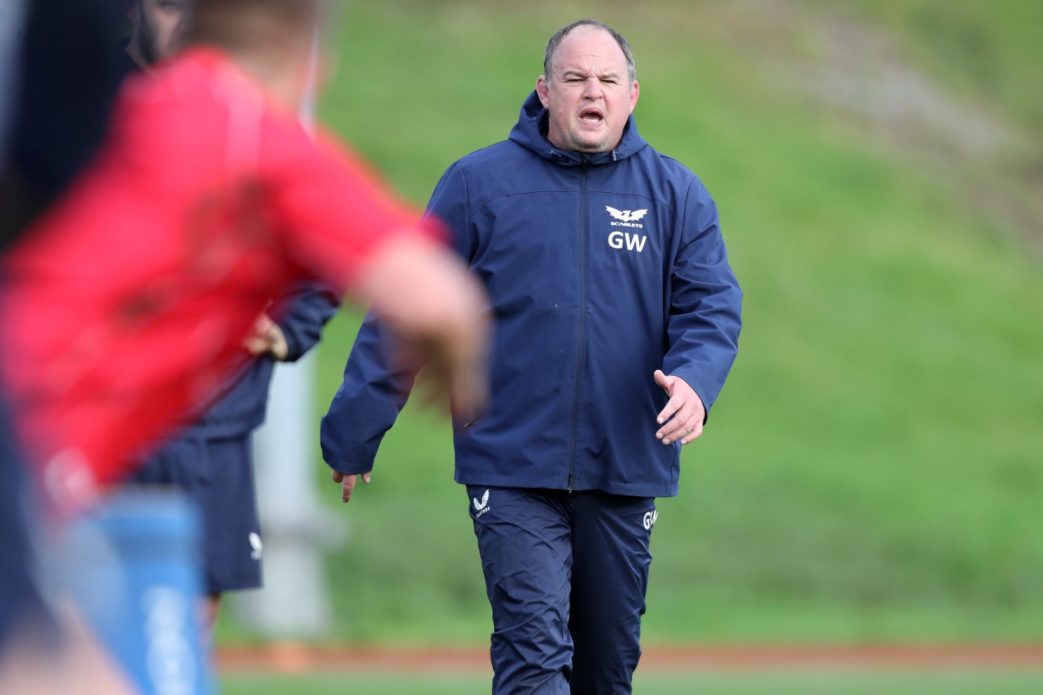 Scarlets defence coach Gareth Williams spoke to the media this week ahead of Saturday’s next Welsh derby assignment against Cardiff at the Arms Park.

Here he discusses the defensive effort in the win over the Dragons as well as the challenge ahead.

It was a big win on New Year’s Day, how important was it for momentum?

GW: “That word momentum is really important, it is only a second league win in the URC to go with the draw we had on the first weekend, but those two wins in Europe played a massive part in us progressing our game. That Dragons win keeps momentum going and hopefully we can grow that further this weekend.”

What type of game are you expecting at the Arms Park?

GW: “Cardiff have been excellent since they won here in a closely contested game earlier in the season. They move the ball really well and have threats around the 8, 9,10 channel which open their game up. We are excited by that challenge.

How exciting is it to see Liam Williams potentially going up against Leigh Halfpenny at full-back?

GW: “There are a lot of warm memories about Liam around his time here and what he’s achieved is exceptional. We are lucky from the point of view of both clubs but also from a neutral point of view to have two players of such quality as Pence and Liam going head to head in those No. 15 shirts. That will be an exciting battle.”

In terms of coaching defence this season, has it been a tougher job than you expected?

GW: “It is an enjoyable job. We spoke during the summer about building that culture within the Scarlets about that desire to defend and we are starting to see consistent pictures of facets of the game like tackle quality and contact area work. It is pleasing to see us defend that second half with 14 men the way we did against the Dragons, but there is still a lot of work to do and small progressions to make. Coaching is a constant process, but an enjoyable one.”

A word on Steff Evans becoming the top Welsh try-scorer in the history of the URC?

GW: “Steff Evans’s achievement with his try-scoring record is fantastic for him and for the club. I have really enjoyed working with Steff, his appetite has been brilliant and he is a pleasure to work with. It is a real positive achievement for him to get that number of tries. Players like Steff, they are the glue within the squad and play a key part in the continuation and growth of our squad.”