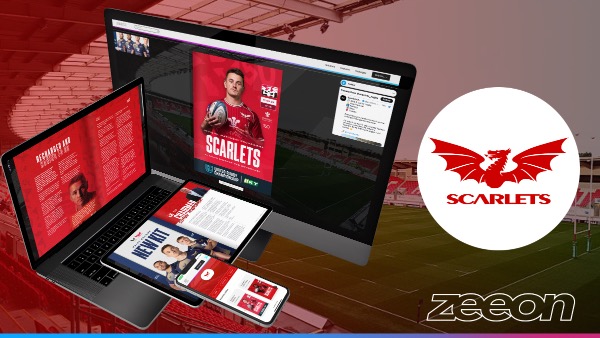 You can get your Scarlets match-day programme  digitally and for FREE this season.

For a feature with skipper Jonathan Davies, the latest news from the Academy and much much more ahead of today’s United Rugby Championship clash with the Ospreys click HERE.

There’s also a nostalgic feature by our columnist Owain Badger on programmes past, which you can read below.

Thoughts from the Halfway

The editor creaked back in his chair. Llanelli Mercury’s office was in Market Street and the newspaper was one of five weeklies in the town. Competition for readers was fierce.

“It feels like a good deal to me and a lot of other clubs are doing the same thing,” he explained to his reporter Joe Stubbins. “I think it calls for a celebration,” he declared and trotted around the corner to the Stepney Hotel for a pint or two.

The season was just over a hundred years ago in 1920-21 and the country was still recovering from the Great War. The Llanelli Mercury had just been authorised by the Scarlets committee to sell programmes at home matches for the first time.

The newspaper was to continue printing the programme for another 40 years until they were replaced by a series of local printers. Today’s game against the Ospreys is the first time since that season for there to be no printed programmes.You read this on a new digital publication.

It’s a trend that has been increasing for professional football and rugby clubs over the last few years..There will, of course,be some older supporters who will miss thumbing through their paper programme rather than calling up the teams on their mobiles.

But in 1920-21 there was widespread enthusiasm for the new publication  “For the first time the crowd will be able to see who is playing before the teams run out on the pitch,” said Stubbins dryly to his editor in the front bar of the Stepney. Before programmes, it had been known for a newly drafted Scarlet to play the whole game with the supporters trying to guess who he was.

It could be argued that season saw the emergence of the Scarlets as a modern club.

In playing terms it was a modest one. A number of players, including the star wing Bryn Williams, had been signed up by a northern rugby league club. Star centre Albert

Jenkins was injured for much of the campaign although he did produce one of his best performances when the Scarlets beat Leicester at home.

The Scarlets were on the cusp of a golden era which would last for much of the 1920s with Jenkins the talisman.

There were other new developments, the first urinal was built in the ground which Stubbins the reporter, who was now on his third pint, was particularly delighted about. “Bet you there will be queues though,” he commented perceptively.

A new extension was built to the stand and railings were put around the ground. Refreshments were introduced as a local tradesman was given permission to sell fruit at the ground. It makes you think that the supporters then with their apples and oranges had a healthier diet compared to today’s pastie, pie and burger fare.

The Scarlets supporters club was launched at the beginning of the season. Members could have a membership card for two shillings – 10p in today’s money.

But the club had money problems. At the end of the season the club had to approach the bank manager for an overdraft of £800. There were no funds available to pay the two local bands who played at Stradey throughout the season.

Back in the Stepney in 1920 and on his fourth pint Stubbins opinionated: “the programmes will help but what we need is a couple of good seasons to bring the crowds back. They could also enjoy the new urinal.”

He got his wish. With Albert Jenkins as the talisman the Scarlets  enjoyed a golden era though the 1920s, crowds flocked back and programme sales went through the roof.

Let’s hope that the new Scarlet digital era will herald another well-supported golden age  which the paper programme did all those years ago.