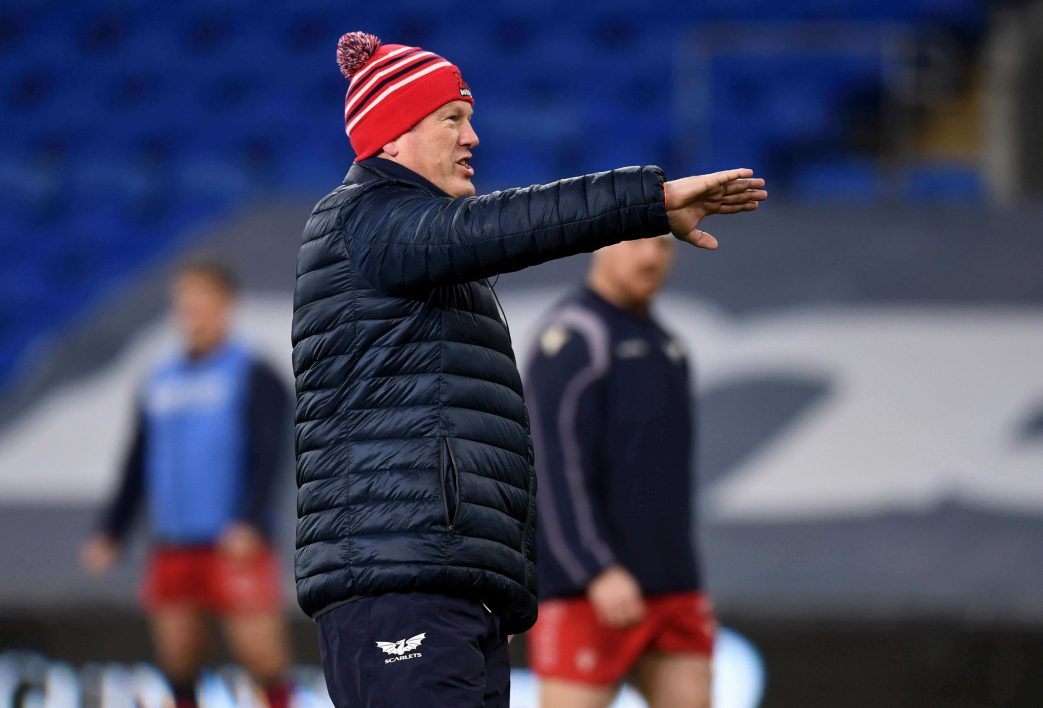 Scarlets’ winning run came to an end with a 29-20 defeat at the hands of Cardiff Blues at an icy Cardiff City Stadium on Saturday evening. Here’s what head coach Glenn Delaney had to say in the wake of the loss.

Glenn, what is your reaction to that result?

GD: “Fair play to the Blues, they managed to grind out the last 10 minutes and get the win. We had our noses in front in that second half and felt we could have kicked on, but a little error at a lineout, a penalty against us and then momentum shifted back. Steff also just missed with that kick through, we’d normally back Steff there. Unfortunately we just didn’t do enough. I felt in that first half the energy, excitement and how we play wasn’t quite there, which was uncharacteristic for us to be down on that. They posed challenges that we had  to correct and then being down to 14 in the second half was a challenge, but not one that I was unduly concerned by because we got ourselves ahead on the scoreboard and I felt we could push home from there.”

What was your view on the dismissal of Liam Williams?

GD: “The referee slowed it down and once you slow it down so much, the officials decided what they felt it was, that’s the result we got. Liam has been apologetic, he is a good, honest man, He was disappointed that he was not out there with the boys still playing.”

What were your thoughts on the game overall?

GD: “We really had a go at each there, there were good tries to be seen, some opportunist moments. Both teams had a lot of positivity, tried to play and defended hard as well. Both sides of the ball it was a pretty compelling contest. We want to keep playing that way. For us, obviously this result is a dent after we had built good momentum, but we will look at solutions, look forward and continue to be optimistic.”