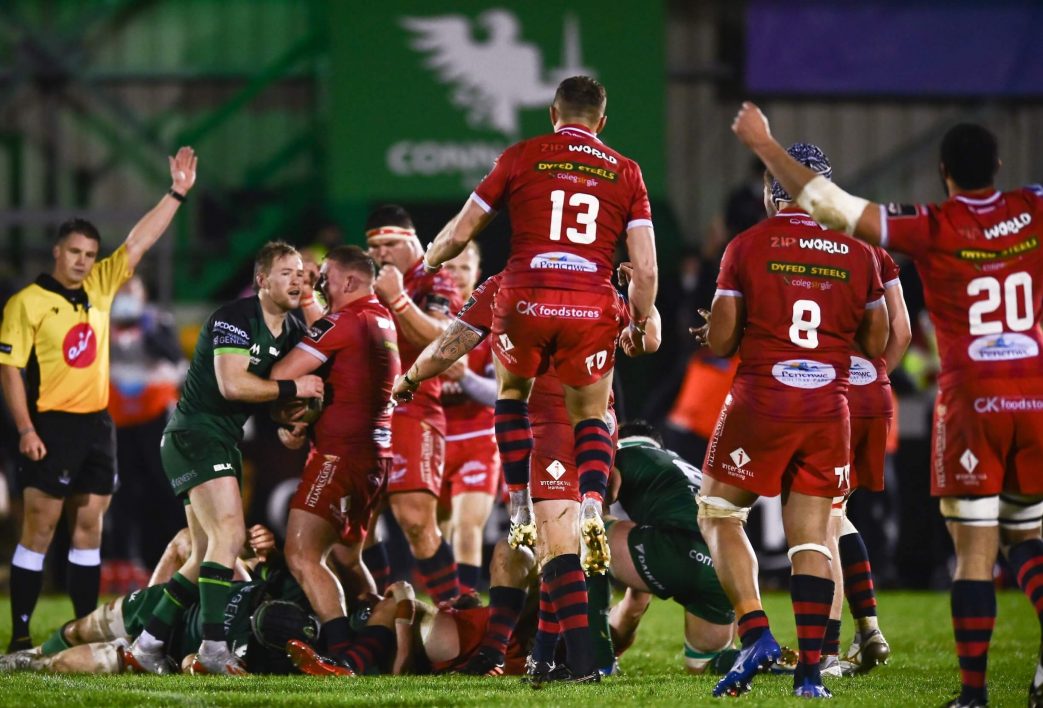 Glenn Delaney spoke to the media after Saturday’s victory over Connacht in Galway and talked about his pride in the character shown to see out the win.

The performance was lit up by a try double from Ryan Conbeer, a second-half score from Dane Blacker and a stunning man-of-the-match display from Johnny McNicholl.

But it was the grit in the closing exchanges that secured a third win of the Guinness PRO14 campaign.

“We had a desire to play,” said Delaney. “It was about chancing our arm in the weather to keep playing the game we want to play. I am immensely proud of the commitment and the effort because it was the tough stuff that got us over the line in the end. It wasn’t perfect by any stretch of the imagination, but rugby is not a perfect game and when we had our chances we took them and it was good to get some width.”

He added: “The boys spoke before the game about representing where we are from, representing Llanelli and the Scarlets region. That is the thing I felt most proud of, we came with our style of rugby and a bit of the stuff up front as well which is an addition for us, but we still played true to ourselves.

“We represent our people and we represent our shirt and we do it with pride. We have some emotional characters in our team, you could see that tonight. That is what we go into every game with, we have a cheer in our heart from our people back home and hopefully that win gives them something to have a wee cheeky beer over.

“We will enjoy this, but when we get in next week and we circle the wagons we know we have another tough assignment against Ulster.”