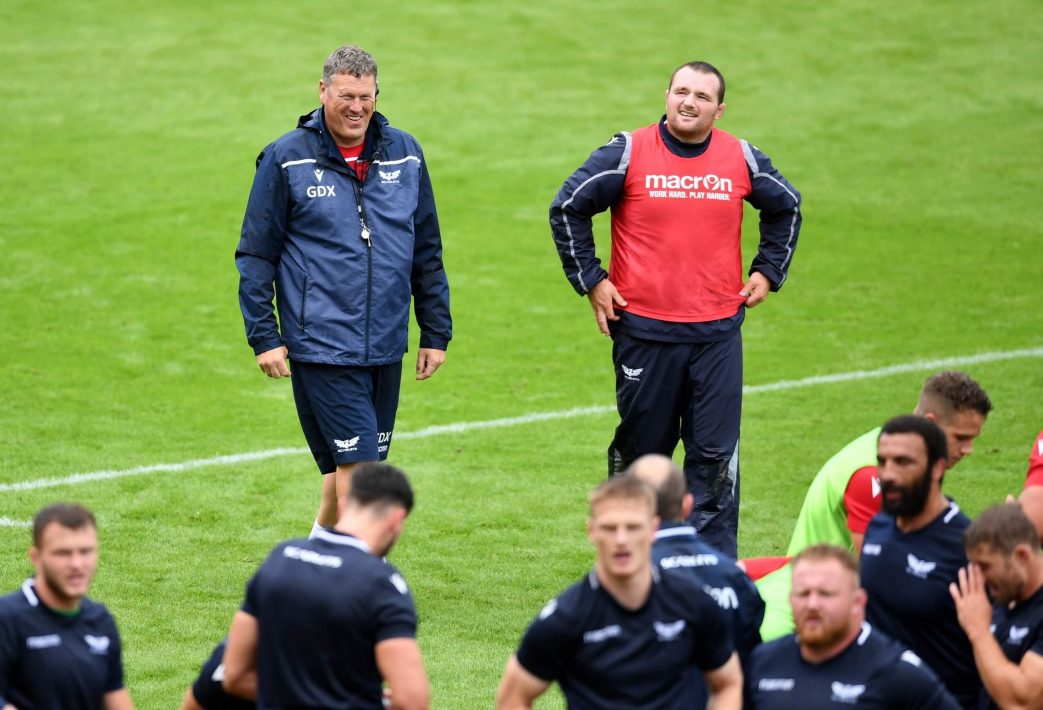 After his first match at the helm, head coach Glenn Delaney spoke to the media. Here’s what he had to say.

One game, one win. You must be delighted with that display?

GD: “Yes, firstly it is marvellous to be back out on the field doing what we love and trying to entertain people with the type of game we are trying to play. We have missed this for five and a half months. On March 16th Brad and myself walked out of here and he had a wry grin that we might not be back for a while. So he has left me and I am here in his shoes. I was really proud of the performance, there were a lot of errors, lots of things we can be better on, but I thought the attitude was excellent and we have come through healthy, which is important.”

What about the performance of Steff Evans and that haircut?

GD: “That haircut is outstanding isn’t it? That is a gamechanger, when you are coming with a haircut like that something is going to happen around you.

“The thing for me about Steff is we will always praise his try-scoring ability. I don’t know how he does it, it’s certainly not off the training park, but the bit that is good is his defensive work and his positional play is one of the best I have worked with. Defensively he has been outstanding for us. I just want to get the ball in the hand as often as possible because something is going to happen.”

Do you think Steff is close to getting back where he was when he was playing Test rugby?

GD: “I think he is there. I am seeing a player who is putting his hand up. Wayne (Pivac) and the lads know him well, longer than I have. I am sure what they saw today they will be pleased with. If he keeps working hard day to day, week to week, performances like this are going to keep happening.

Sam Lousi put in a big performance. How did you think he went?

GD: “Sam is a handful, he has been immense for us and has really settled well here. The way we play suits him and if I was a back I would want to be close to Sam because you are going to find opportunities off him.”

What about Johnny Williams’s debut?

GD: “Johnny is filling some big shoes for us. Parksey was a legend of our parts and a guy we really relied on to give us that go forward. When we looked at what would give us something to move on from Parksey and fill that void, Johnny was a player we thought could do that.

“Me and Whiff (Richard Whiffin) have known him for a long while. I think a lot of people perhaps see him as the bang-crash guy. Well, he can do that if he needs to, but he’s got other things. He’s comfortable in space because he’s quick, which buys him time. He is still a very young man, in his early 20s, but he’s quite mature in his approach. He is also very grounded. He works hard. We just want to make sure he is refining all the time. He will take the opportunity to learn and get better.”

How difficult was it playing in an empty stadium?

GD: “It was really unique,  but I think we are pretty aware that there are people we want in those stands and they would have been at home cheering their hearts out. I know they will be all over social media and I know they would have got pictures to stay connected. When they are not here we are still playing for them. This is their club and we just happen to be the custodians of their shirt so when they are at home with their families in front of the telly that we are going to give them something to cheer for.

“We lost some great friends over the past six months and it was pretty poignant before the game. Three people were respected and remembered very fondly. We just felt we could put on the best performance possible today with the circumstances hoping everyone will be home giving iit the full beans as they always have in my time here.”

“It is a massive game, it is going to be a tough one. We had a real battle against them last December and they got one over us. It is a hard place to play against a really good team that has been rebuilt by Dean (Ryan). They have got some big names in there and some new players. That is a big focus for us now.”