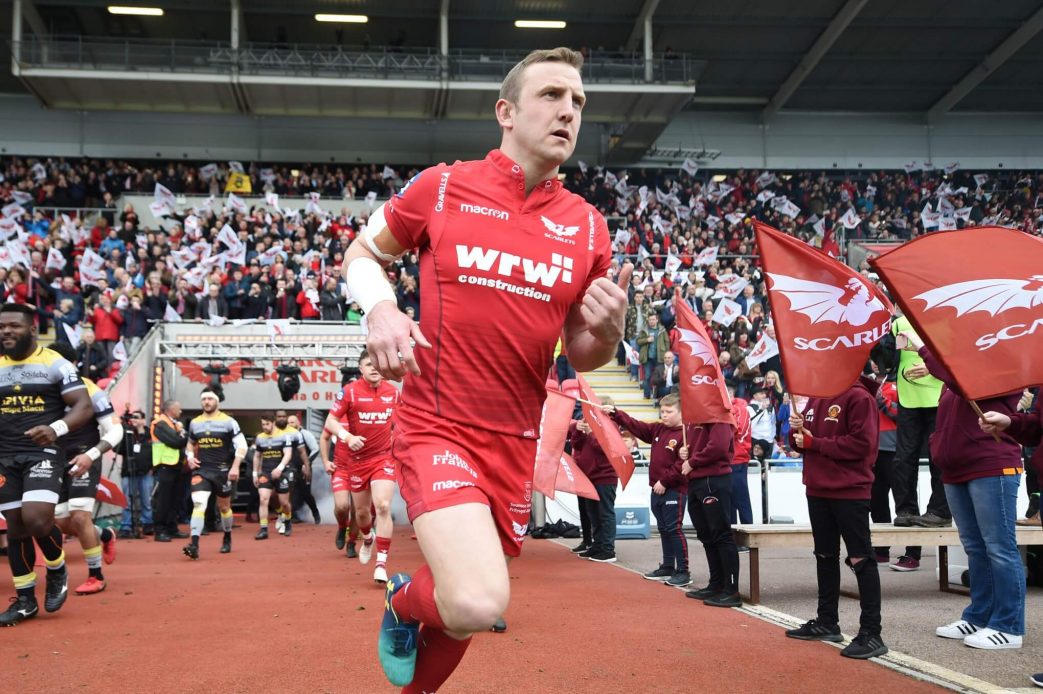 Hadleigh Parkes has paid tribute to the Scarlets supporters after confirming he will join Panasonic Wild Knights in Japan next season.

The 32-year-old is leaving the Scarlets after six seasons in West Wales, during which time he helped the side claim the 2017 Guinness PRO12 title and reach the semi-finals of the European Champions Cup a year later.

After making his debut as a replacement against Ulster back in December 2014, ‘Parkesy’ went on to play 122 games in a Scarlets jersey, mainly with the No. 12 on his back although there was the odd outing on the wing and at fly-half.

He was Scarlets player of the season in 2015-16 after playing every minute of every Guinness PRO12 match and after qualifying for Wales on residency, pulled on the red of his country in December 2017, memorably scoring two tries on debut in a victory over the Springboks.

On Monday, his new club, Panasonic Wild Knights, confirmed his signature and Hadleigh will return to New Zealand with his wife Suzy and daughter Ruby before heading to the land of the rising sun.

“It has been an incredible six seasons. We have loved every moment of it both on and off the rugby field,” he said. “We have made lifelong friends who have become like family to us.

“I have loved playing in front of the Scarlets faithful week in and week out. It is such a great club and winning the PRO12 title in 2017 was huge and great reward for all our loyal supporters.

“The Scarlets supporters have been amazing and some of the big European away trips have felt like home matches thanks to them following the team in their thousands.  They are a proud bunch and I have loved being a Scarlet.

“As a family we have made the hard rugby decision to leave the country we have fallen in love with and to head to Japan where a new adventure awaits.

“It certainly wasn’t a quick or easy decision but when you have to weigh up your family’s future, it is an incredible opportunity for us and we are really excited about what lies ahead.

“As we get ready to leave Wales we would like to thank everyone that has played a part in our time here. Supporters, team-mates, management and all our friends have made our time here so special. It will be hard leaving.

“I would also like to thank Suzy for her continued support and for allowing me to follow my rugby dream — I’m excited about our next chapter.

“Stay safe at this time, everyone.

Scarlets general manager of rugby Jon Daniels said: “Hadleigh has been a fantastic servant to the Scarlets since arriving from New Zealand six years ago. He has played more than 120 matches for the club, was part of our title-winning side and has been a superb professional and role model.

“We wish him, Suzy and Ruby well for the move to Japan.”