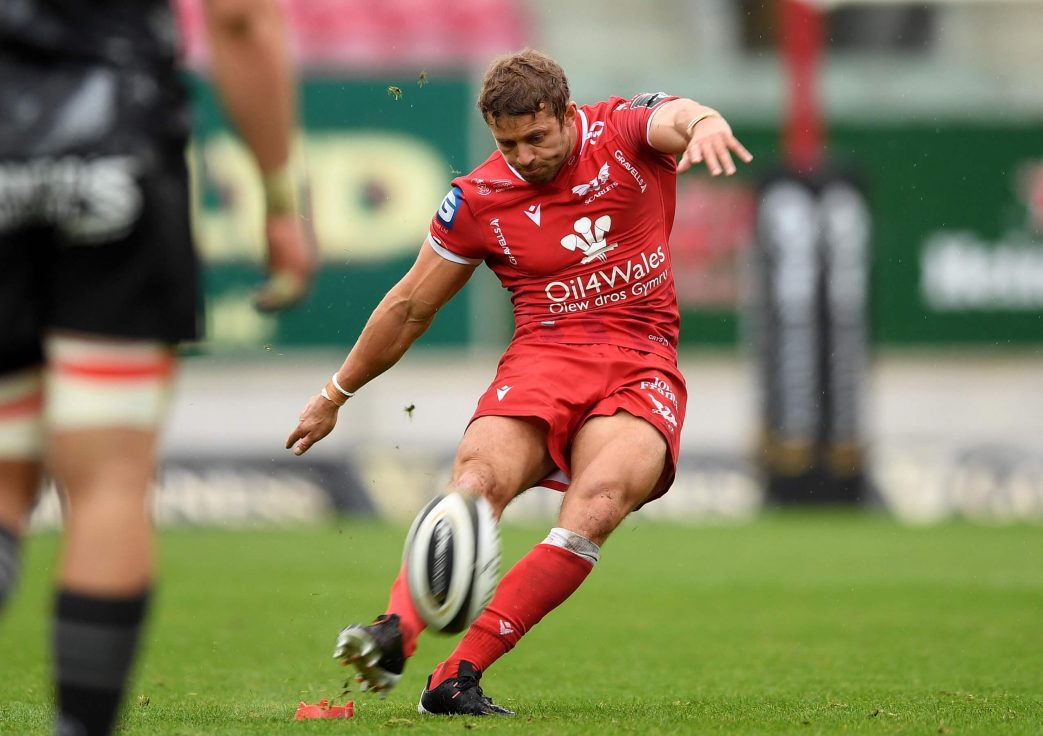 Scarlets saw victory snatched from them in the dying minutes of a dramatic Guinness PRO14 opener at Parc y Scarlets.

A record-breaking nine penalties from the boot of Leigh Halfpenny had put the home side in apparent control going into the final stages of a bruising contest.

But Munster, despite being reduced to 14 men following the dismissal of captain Peter O’Mahony, showed their trademark resilience to battle back to claim the spoils 30-27 thanks to a penalty with the last kick of the match.

It was a hugely disappointing finale for the Scarlets who had looked the likely winners for the most of the game.

They pressurised Munster into giving away penalties and the unerring boot of Halfpenny did the rest.

In landing nine successful penalties, the Wales and Lions full-back beat the previous best jointly held by Stephen Jones and Byron Hayward. It also equalled the PRO14 record for penalties in a game and earned Halfpenny the Guinness player of the game award.

Unfortunately, there was no win to savour with it.

On a typically autumnal afternoon in West Wales, Scarlets started strongly with three Halfpenny strikes pushing them 9-0 ahead.

Munster hit back with a try from flanker Jack O’Donoghue, countering a Scarlets clearance,  but another Halfpenny penalty made it 12-7 at the interval. In the midst of the kicking duel, Blade Thomson produced Scarlets’ best attacking moment of the half, catching a cross-field kick and stepping his way upfield, but conditions played their part in preventing the game opening up.

Halfpenny continued in a similar vein after the break, punishing Munster ill-discipline with four more penalties to one from the boot of visiting fly-half JJ Hanrahan.

Then came the late drama.

Munster’s international centre Chris Farrell claimed his side’s second 12 minutes from time, but O’Mahony – who had been sin-binned in the first-half, then saw red for an illegal challenge after the ball had been grounded.

That gave Halfpenny a penalty on halfway, which he made no mistake from to take the score to 27-17.

But Munster refused to lay down.

Replacement Ben Healy kicked a penalty and when hooker Kevin O’Byrne was driven over from a short-range line-out, the super-sub added the conversion to level things up with two minutes to go.

But that wasn’t the end of it. Scarlets infringed just inside Munster’s half and up stepped Healy to land a superb penalty to claim the win with the last kick of the match – much to the delight of the Munster camp.

Amid the late drama, James Davies came off the bench to make his 100th appearance for the Scarlets, while Rhys Patchell made his return from injury.

The Scarlets will now dust themselves down in readiness for their round two clash with Glasgow at Scotstoun next Sunday.