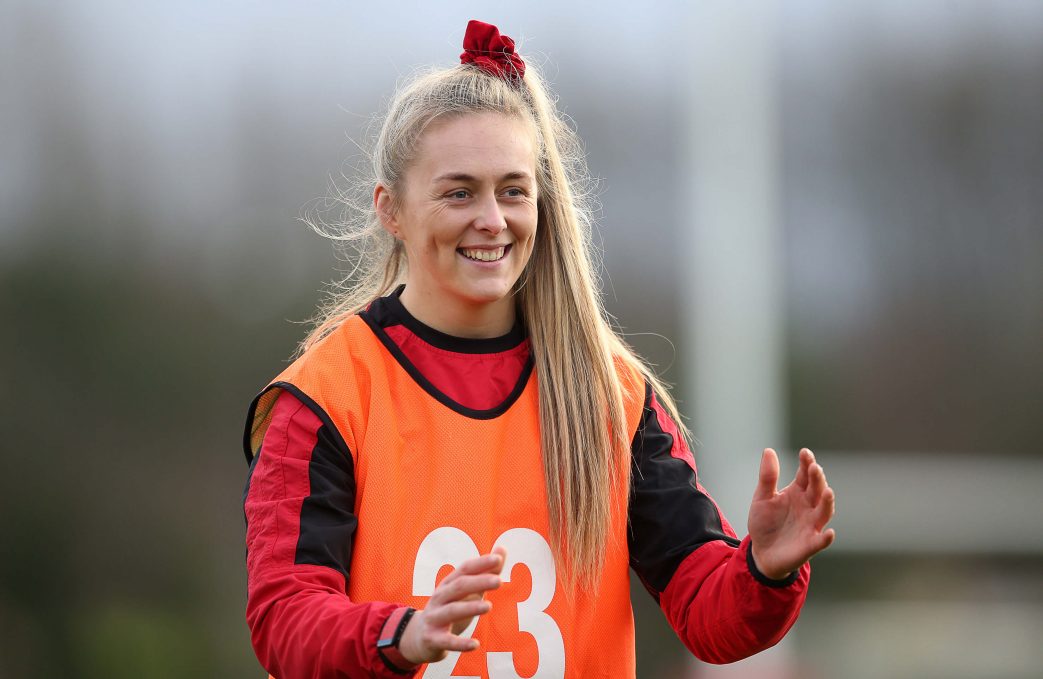 Wales internationals Hannah Jones and Jasmine Joyce, who both play for Scarlets Ladies, have been named in the Great Britain sevens training squad for the Tokyo Olympics.

Jaz, who starred in Rio four years ago, and Hannah (pictured) have been in outstanding form for their clubs in England’s Allianz Premier 15s and have been named a squad of 19 players.

Wales centre and Sevens international Hannah Jones believes her inclusion is all the more meaningful after a year of lockdowns and postponed events.

She has left no stone unturned to put herself in the best position at this stage.

She said: “I used the additional time at home to try to be in better shape going back into training than when we went into lockdown. The thought of the Olympics and the Rugby World Cup at the end were a key motivation for me throughout the past year. I’ve put 100% into making sure I’m in the best possible position and I’ve had great support every step of the way.

“I’m very grateful for this opportunity and excited to see what’s to come.”

Jones created a home gym at the start of lockdown and the fact she’s been completing her PGCE largely from home has had some benefits.

“I didn’t want to have any obstacles to pursuing my dreams. I made sure I had everything I needed and the support I’ve had from WRU staff has been superb for things like tailored running sessions and nutrition. I’ve even bought a sled with weights and have been training at Brynamman RFC whenever possible.

“I’m based at Bishopston Comprehensive School on the Gower for my PGCE and it was great to have five or six weeks in school to get to know the pupils. Since then everything has been online so I train before and after the school day.”

Fellow Wales international Joyce is equally thrilled to be on the squad list named today.

She said, “I’m so excited to be back involved. Obviously the postponement of the Olympics was a huge disappointment but we are very grateful to have the opportunity to train and play during these difficult times for everyone.”

Both teams will be based at Loughborough University with their first camps set to take place in March ahead of their pre-Olympic tournaments in the lead up to July and the HSBC World Sevens Series 2021, details of which will be announced in due course.