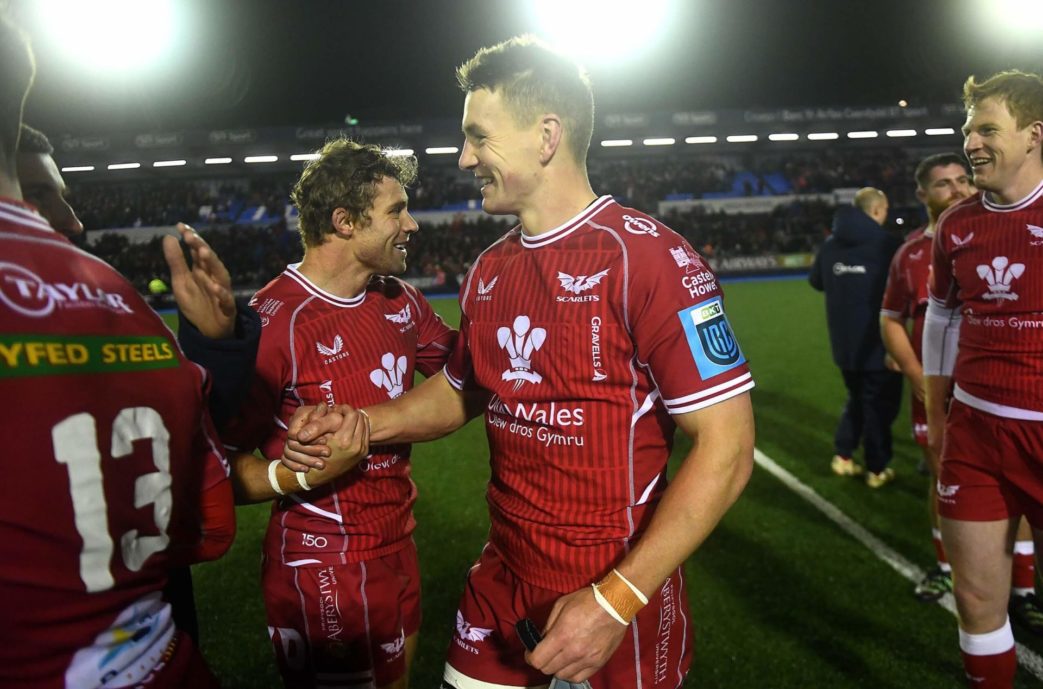 Skipper Jonathan Davies has called on his Scarlets side to push on and deliver a string of results after claiming back-to-back Welsh derby victories to kick off 2023.

The Scarlets dug deep to secure a 28-22 win over Cardiff at the Arms Park, six days after seeing off the Dragons in Llanelli.

Attention now turns to the EPCR Challenge Cup and the visit of Toyota Cheetahs to Parc y Scarlets on Friday night with another win all-but securing the Scarlets’ place in the knockout stages of the competition.

Davies said: “It is always better coming in on the Monday after a win, but the hard work starts again looking forward to an important European period.

“It’s been a frustrating start to the season, but credit to the group, we have worked extremely hard and we got the rewards against Cardiff. The effort the boys put in was outstanding. It wasn’t picture perfect, but pleasing what we were able to put out there.

“Our focus hasn’t changed all year, we want to win every game, be competitive every week. We are showing a bit of consistency and hopefully we can string a few more wins together.”

Those words were echoed by head coach Dwayne Peel: “We are obviously delighted with the win, it was a big win for us,” he said. “I think the team talk for this week was done by Ken and Jon on Tuesday when they spoke about backing up last week’s win against the Dragons. We knew the physical exchanges would be huge, especially at the breakdown, we started brightly and when we got on top with the ball we were creating problems.

“We are seeing confidence and momentum on the back of the hard work we have put in. I am pleased for players like Foxy who has played every game bar one and has been excellent for us, particularly in the last couple of weeks. We have now won four of the last five games going back into Europe, the Cheetahs is another massive game for us with us topping the pool.”