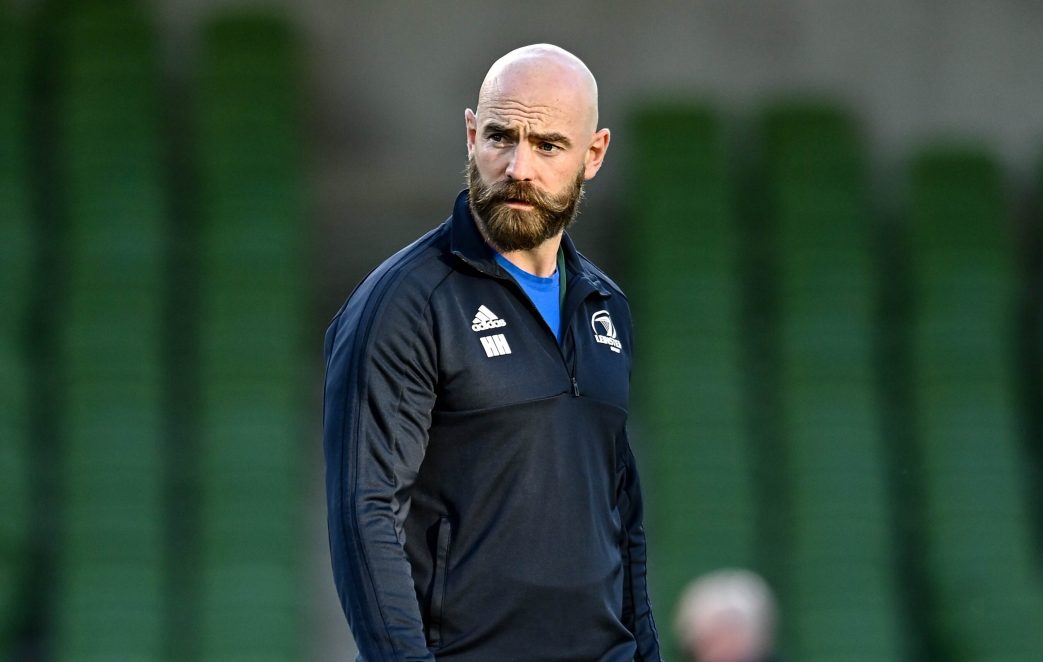 Scarlets are delighted to announce the appointment of Hugh Hogan as their new defence coach.

Hugh has been contact skills coach at Guinness PRO14 champions Leinster since 2018 having been head coach of the province’s U19s, U20s and A teams and is credited with helping Leinster develop one of the meanest defences in European rugby.

A former back-row forward, he played for Leinster A between 2005 and 2009. He has also coached with the Ireland senior sevens programme.

Scarlets head coach Dwayne Peel said: “We are delighted to have a coach of the calibre of Hugh coming on board as part of our coaching team.

“He has been doing fantastic work at Leinster, playing a big role in their success and we are excited to see what he will bring to the Scarlets. We look forward to welcoming him to the team for the start of pre-season next week.”

After eight and a half years at Leinster, Hugh is looking forward to the opportunity in West Wales

He said: “I am immensely excited to be joining Dwayne Peel and his coaching group at Scarlets. They are a team with a rich history and I think they are synonymous with a skilful and energising brand of rugby. To join the group and be a part of this is something that I’m really looking forward to. We are ambitious for the future and what this talented group of players are capable of.

“I’m also looking forward to moving, with my young family, to the region and getting to know the proud and passionate supporters and many great people that I’m sure we’ll meet. We are anticipating some great family adventures in West Wales.

“I’ve enjoyed the last eight and a half years at Leinster and the opportunity I have had to continually learn and develop but I am most grateful for the many friendships I have been fortunate to make. I have no doubt that I will be as fortunate again with the wonderful people that make up the squad, staff and supporters at Parc y Scarlets.”

Scarlets will return to pre-season training on Monday ahead of the new United Rugby Championship campaign which kicks off at the end of September.