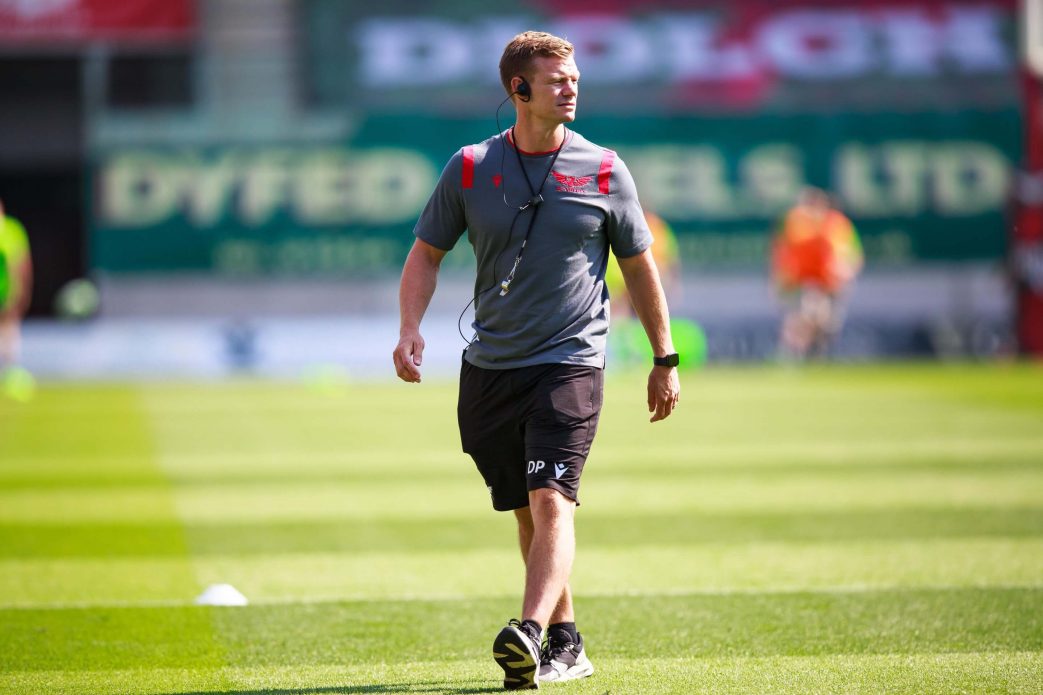 Dwayne, your thoughts on the performance and having fans back in the stadium?

DP: “It was great to have a first match at home, it’s been a long few weeks and good to get some competition under our belts. It was awesome to see the fans. It has been a long time coming and nice to score some tries as well.”

Your young players really put their hands up?

DP: “The important thing for them is to get the time on the pitch. A lot these boys haven’t played during the Covid period, it’s been a long time. It was a rusty start from us, the first half wasn’t particularly great, but it was just good for those boys to taste rugby and I thought we did well to score some tries in that second quarter and when it got a bit looser in the second half.”

What did you make of Archie Hughes, scoring two tries on debut?

DP: “He was full of energy, full of running and some of his support lines were really good. I think I would have gone for the hat-trick instead of pass to Ryan at the end, though!  I was pleased with him and Harri, both did well, two 18-year-olds, neither have played a senior game of rugby before. They will take a lot from that.”

Steff Evans made a big impact off the bench and Ryan Conbeer took his hat-trick well?

DP: “Steff has looked great in pre-season, he has trained really hard and did some good stuff for us. The same goes for Ryan, he has worked hard, he has been sharp, looks fit and I thought that that try in the second half he really finished off well with good gas.”

How pleasing is it to have a game and a win to build on?

DP: “We go away to a North Wales training camp and then play against Leicester on Thursday with a different team and we will see where we are then. There are a lots of things to work on, we are trying to develop a style of play in attack and defence and we haven’t touched on everything, but that is what the next few weeks are about, to get the finer detail in before that opening URC match in Edinburgh.”