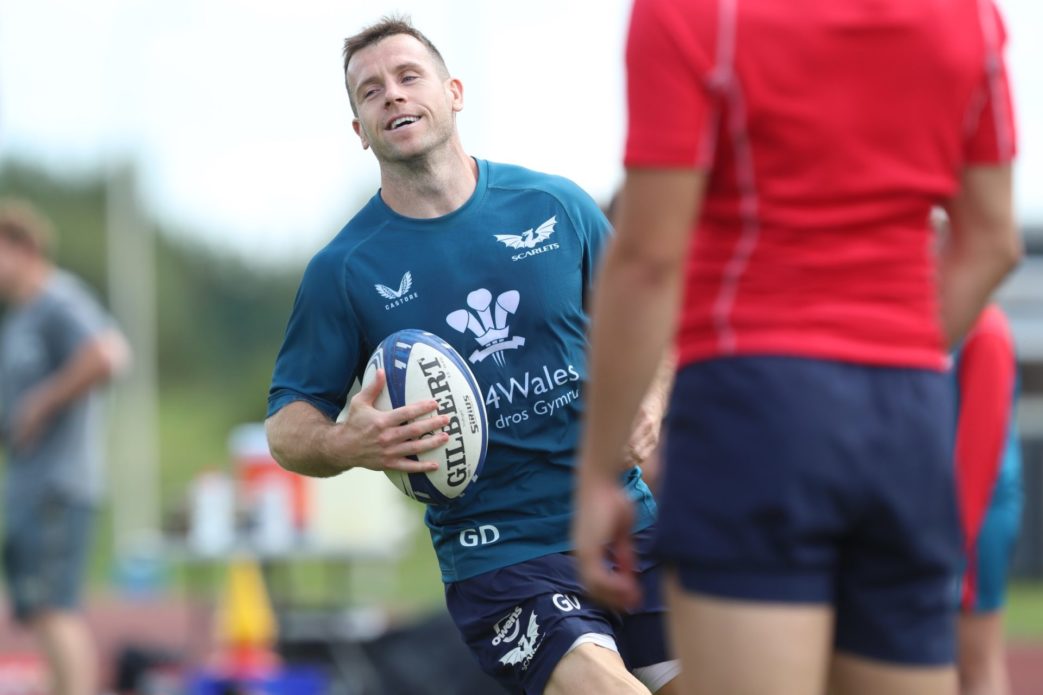 Scarlets take on Dragons RFC at Parc y Scarlets on Friday night in their second and final pre-season clash before the big URC kick-off.

Head coach Dwayne Peel has called on plenty of experience for the match with Wales internationals Johnny McNicholl, Gareth Davies and Johnny Williams named in the starting XV, while Wyn Jones and Rhys Patchell are included among the replacements.

McNicholl, who missed the end of last season with a knee injury, starts at full-back with Tom Rogers switching to the right wing.

Williams partners skipper Jonathan Davies in midfield, while Davies (pictured) links up with fly-half Sam Costelow, who has recovered from the knock that forced him to miss last weekend’s game against Bristol.

Up front, Steff Thomas, Daf Hughes and Harri O’Connor start in the front row with Sam Lousi coming in to partner Tom Price at lock in the only other change to the forwards. New signing Vaea Fifita sits out this game.

The back row of Blade Thomson, Tomás Lezana and Sione Kalamafoni start for the second successive Friday.

Wyn Jones and Rhys Patchell – who both toured South Africa with Wales this summer – come onto the bench, as does Josh Macleod and Academy back-rower Ben Williams, who is set to make his Scarlets debut.

Tickets are available at £10 for adults, £5 for season ticket holders and £2 for U16s. If you can’t make it to Parc y Scarlets for the game, you can watch it on our Recast channel.