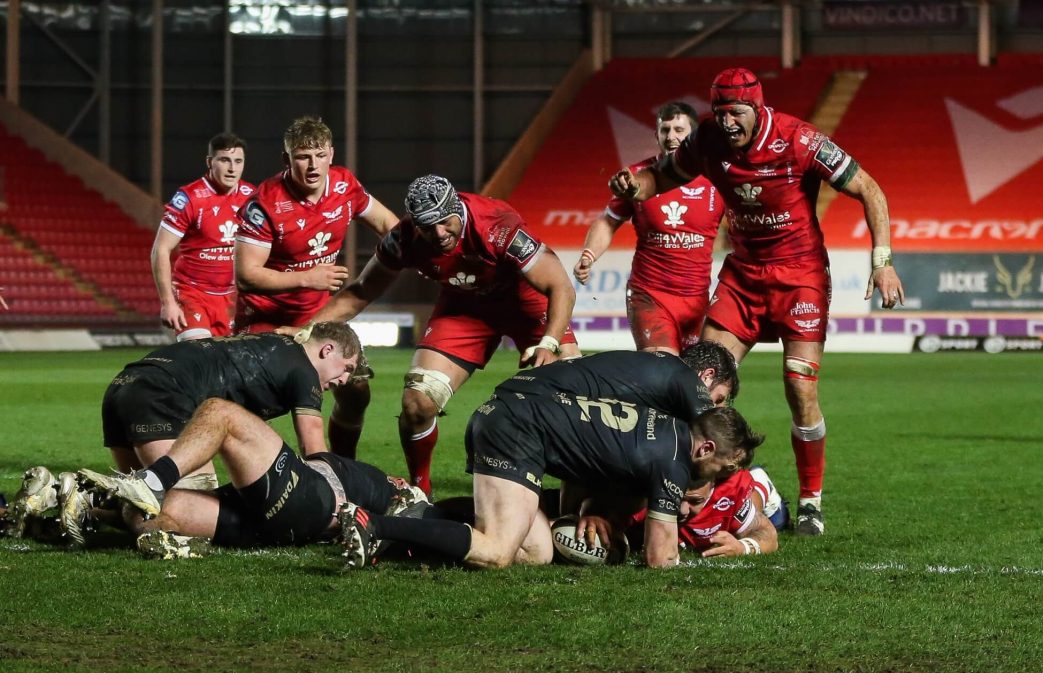 Scarlets head coach Glenn Delaney paid tribute to the character and determination of his players for completing a remarkable comeback in an incredible Guinness PRO14 finale against Connacht.

Trailing 33-12, Scarlets looked out of the contest at half-time, but four tries and 29 unanswered points saw them turn the match on its head to finish the league campaign with a crucial victory that secures Champions Cup qualification for next season.

Asked how he turned things around at half-time, Delaney said: “I didn’t do too much, it was the boys in the shed, we have a brilliant leadership group, Steff Hughes has led this team magnificently and it was really on their shoulders.

“We can’t do anything from the stands, they had to grasp the nettle and they did that. We can be really proud of them for that because they became free, you could see them execute their skill sets and even at the end when it wasn’t on to play we were still playing.”

Delaney added: “The identity was brought out of the boys in that second half because they were a bit anxious in that first half, I could feel the weight of expectation, the pressure of what this meant and we were playing against a team who had already qualified, they were free from minute zero. We were uncharacteristic with some of our defensive errors and I thought Connacht played brilliantly in that first half.

“We regrouped and it just shows what we are capable of. It was all about resolve, character and determination.”

The win, coupled with Cardiff Blues’  victory over Edinburgh at the Arms Park, means the Scarlets are guaranteed third spot in Conference B and cements their place among the top sides in European competition next season.

“That is where we want to be, it is massive for us,’ added Delaney.

“We played Bath away earlier in the season, which was brilliant and we have Sale here which is going to be a real ding dong, they are a big old team who we are watching closely. We can’t wait for that one.

“We have the international  boys back in this week and it was great to see them back supporting the lads from the stands.”