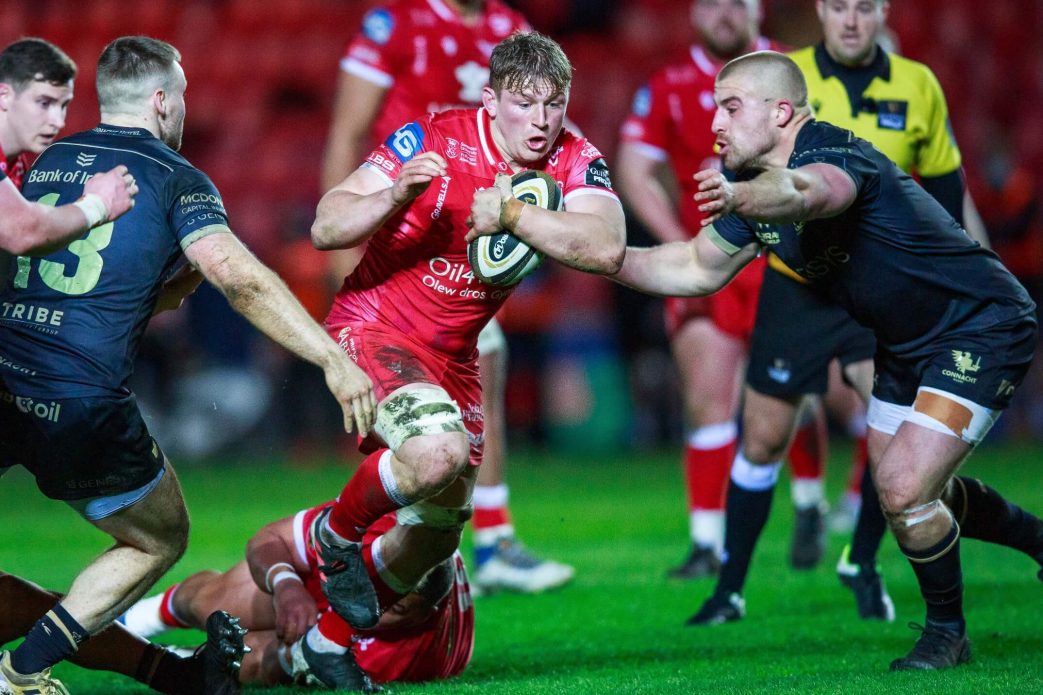 Back-rower Jac Morgan has scooped a double thanks to the supporters vote in our ‘virtual’ end-of-season awards.

Jac enjoyed an outstanding campaign, impressing in the Champions Cup win over Bath and delivering a string of eye-catching performances that has put him on the verge of senior international honours.

He beat off the challenge of Sione Kalamafoni, Dane Blacker and Blade Thomson in the voting for the supporters player of the season and Dane, Tom Rogers and Javan Sebastian for the breakthrough player.

Sione did, though, top the poll in the Players’ Player of the Season, earning the votes of his team-mates which were taken after every game this season.

The experienced Tongan international was a towering presence at No. 8 in his first season in a Scarlets jersey.

The Supporters Try of the Season produced the tightest vote of all with Tom Rogers’s stunning solo stepping effort in the thrilling home victory over Connacht earning him the gong. Tom’s score finished just a handful of votes ahead of Kieran Hardy’s match-winning score against Bath at The Rec in December.

Try of the Season – Tom Rogers versus Connacht