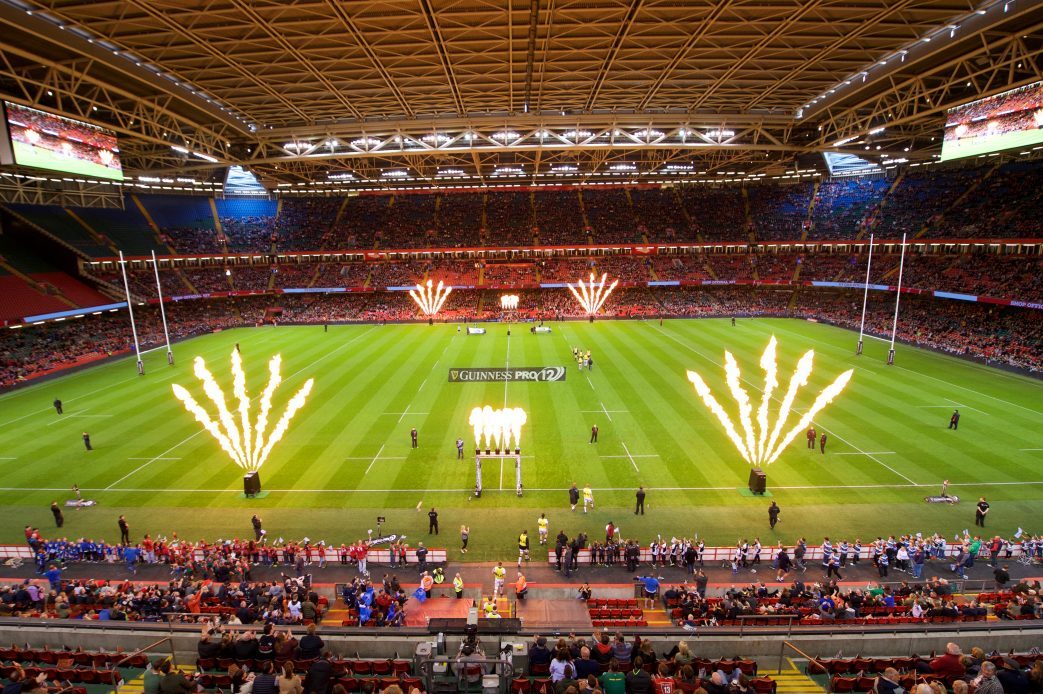 Judgement Day, the annual double-header played out under the Principality Stadium roof on Saturday 28th April, is on target to once again rival a famous Wales international match-day out in Cardiff – but one in regional colours for added spice.

The back-to-back Guinness PRO12 derbies were attended by 60,642 supporters last season and more than 35,000 have purchased tickets (which are £10-per-head) already for the sixth incarnation of Welsh professional rugby’s flagship event, with over a month still to go until kick-off.

Thrills and spills are guaranteed for JDVI when the Dragons and Scarlets, Cardiff Blues and Ospreys face-off for the finale to the conference stages of the now Guinness PRO14 competition, with European Champions Cup play-off places also on the line.

The all Welsh contests kick-off at 3.05pm when defending champions Scarlets start as firm favourites against the Dragons, who, in five previous attempts, are yet to taste victory in the showpiece encounters. The two teams are currently at opposite ends of the points table in Conference B of the competition, with Scarlets in second place behind Leinster, while the Dragons have only Southern Kings below them.

After the Scarlets and the Dragons have kicked off proceedings for the first time since year one (2013), the second fixture of the day sees the Blues take on the Ospreys (KO 17.35hrs).

The Ospreys will be looking for revenge after the Cardiff Blues triumphed over their rivals at the event for the first time last season with a 35-17 victory.

Tickets are on-sale now from www.wru.wales/tickets or via each of the four regions, prices are £10 for each seat in the ground with a £1-per-ticket online booking fee, as well as postage (Print at home etickets are also available), payable at the time of purchase.