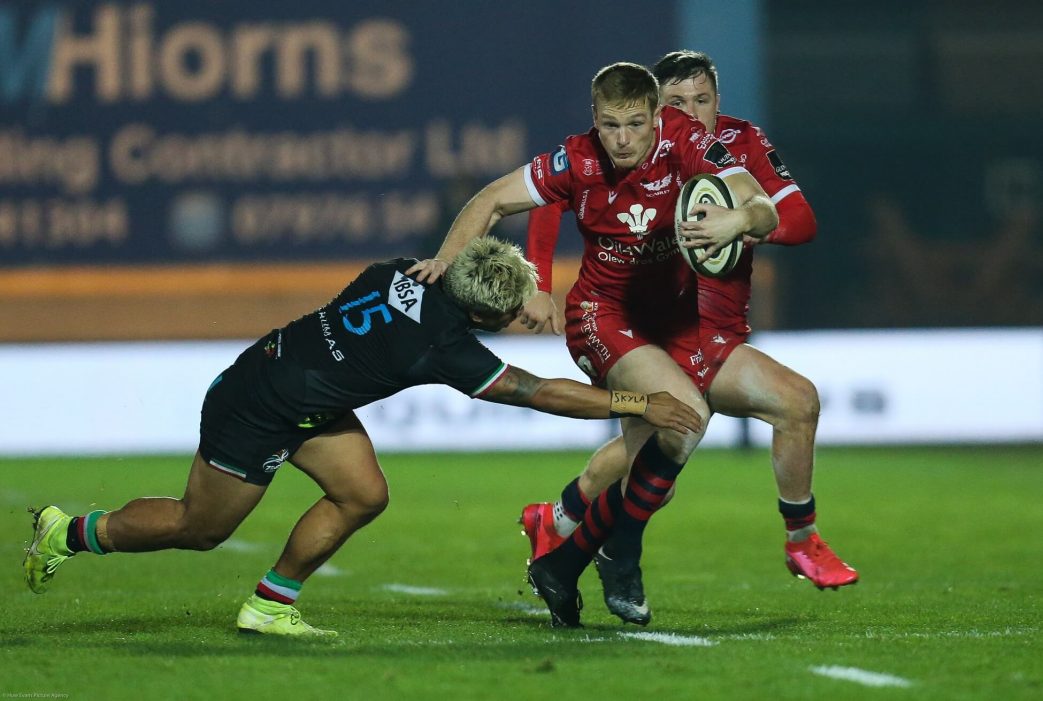 Wales have called Scarlets full-back Johnny McNicholl into their squad for the Autumn Nations Cup.

Capped four times by Wales, Johnny made his debut in the 2020 Guinness Six Nations and has returned from an ankle injury to be available for selection.

He was player of the match in last weekend’s Guinness PRO14 win over Connacht in Galway, playing a key role in all three of the Scarlets’ tries.

Cardiff Blues back-rower James Botham, who has previously trained with the squad, has also been called up – his first senior call.