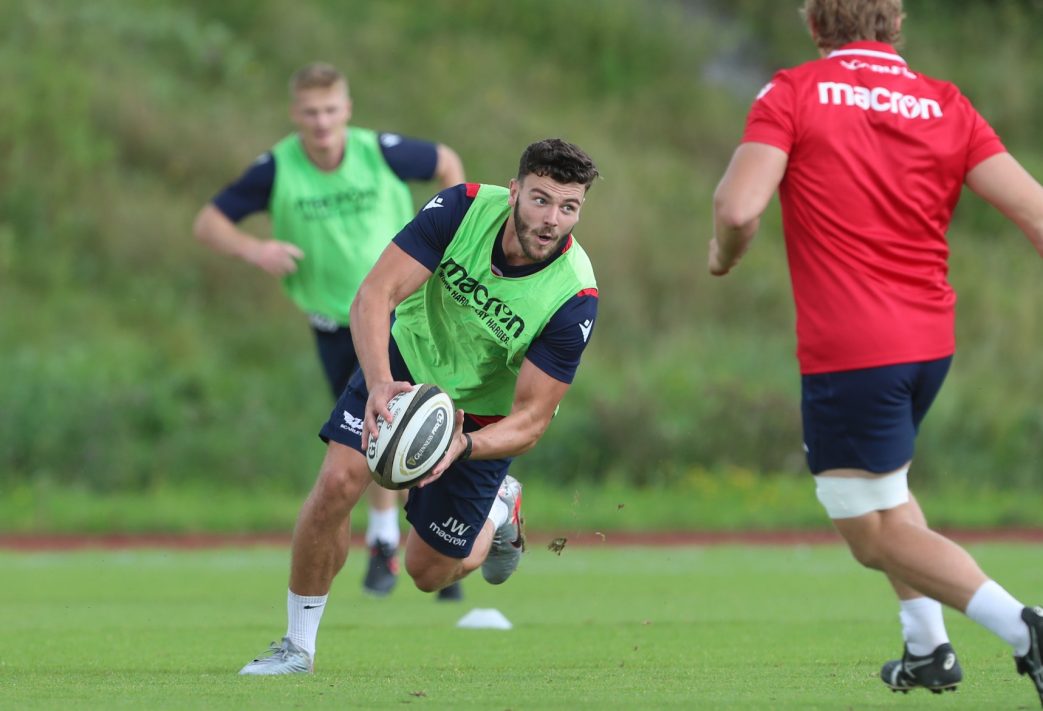 The centre, signed from Newcastle Falcons this summer, takes his place in a much-changed line-up from the one that took the field last time out against Munster back in February.

Leigh Halfpenny and Johnny McNicholl join Steff Evans in an all-international back three, while Williams is partnered by captain Steff Hughes in midfield. Dan Jones and Wales No. 9 Gareth Davies combine at half-back.

Up front, head coach Glenn Delaney is able to select three Wales internationals in his front row — Wyn Jones, Ryan Elias and Samson Lee. Club captain Ken Owens is named among the replacements. Sam Lousi has been cleared to play following his red card against Munster and packs down alongside Lewis Rawlins in the second row.

The back row is made up of Scotland international Blade Thomson, who returns for the first time since the Boxing Day win over the Ospreys, No. 8 Uzair Cassiem and openside Josh Macleod. Cassiem is the leading carrier in the PRO14 this season, while Macleod tops the league’s turnover charts.

On the bench, Phil Price, Owens and Werner Kruger provide front-row cover; Jake Ball has overcome the shoulder injury he picked up during the Six Nations to take his place in the match-day squad, while flanker James Davies is poised to make his first appearance of the season following a hip injury. Kieran Hardy, Angus O’Brien and Paul Asquith make up the remainder of the replacements.

A number of players have been given an extra week to overcome niggles, including fly-half Rhys Patchell. Wales and Lions centre Jonathan Davies returned to full training this week, while prop Rob Evans is recovering from a neck issue. Liam Williams is nursing a foot injury which continues to be monitored in the hope that he will be available for the European Challenge Cup quarter-final against Toulon next month.

Wales back-rower Aaron Shingler is also set for a spell on the sidelines.

A Scarlets spokesperson said:  “Aaron has suffered an inflammatory condition secondary to an illness during lockdown. This has required clinical management as an inpatient under the care of a rheumatologist. Now on a slow road to recovery, Aaron’s clinical picture is improving but will remain unavailable for rugby activities for at least the next 12 weeks.”

Fijian lock Tevita Ratuva is unavailable due to logistical issues returning from Fiji brought about by the Covid-19 pandemic.

Head coach Glenn Delaney said: “We are looking forward to getting back out on the field and putting in place what we have been working so hard on over the last couple of months.

“There is a huge amount of competition within the squad and it means we are able to give boys a bit more time to recover from knocks and niggles.

“We know it is going to be a tough encounter against a very good Cardiff Blues side, let’s hope for a dry day so we can give the ball some air and play the type of rugby we want to.”