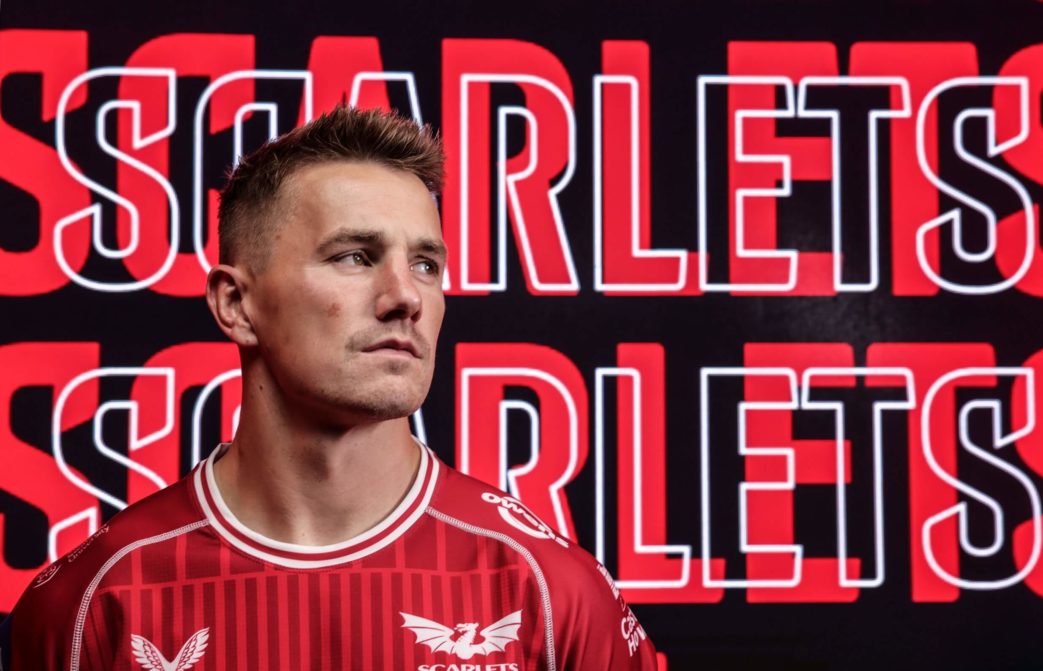 Refreshed, recharged and raring to go

That was the message from Scarlets’ skipper Jonathan Davies at the media launch of the BKT United Rugby Championship this week.

Davies joined representatives from the other 15 clubs in the competition to chat all things URC and Scarlets.

“Since getting back into pre-season I have loved it. We have been challenged at the Scarlets and the boys have reacted well and we are in a pretty good place,” the Wales and British & Irish Lions centre told the press.

“It is the first time I have not toured or been injured since 2009 so it was quite refreshing.

“Obviously I would have loved to have gone on tour (with Wales), but I maximised the opportunity to look after myself and get away and recharge.

“Pre-season does not get any easier but hearing 20-year-olds complaining about being tired in their legs, I’m like ‘you’re having a laugh1’. What is good and the challenge for me is I am still competitive with them even though I have a number of years on them, I still want to push myself to be the best in training and set the standards. I enjoy that aspect of it and it’s been good.

“Nige (head of physical performance) is pretty full-on, let’s say that,  but what has been good is that the foundations that we have been able to put in place will hopefully give us the opportunity to play how we want with tempo and without the ball then, have the energy to really impose ourselves.

“The hard work we are putting in will put us in a good spot to hopefully kick on.”

Scarlets open their URC campaign at home to the Ospreys on Saturday, September 17.

“It is an exciting fixture to start,” added Davies.

“We played them at the end of the year last season and at half-time we probably thought the job was done.

“Credit to them they gave us a proper hiding in the second half and that hurt. To have the opportunity first game up to go against your local rivals is great.

“It will really give us a sighter of where we are at and hopefully all this hard work will ensure we are in a good spot.

“It’s a great occasion, we have a decent kick-off time so hopefully we can get a good crowd in. It is an exciting fixture.”